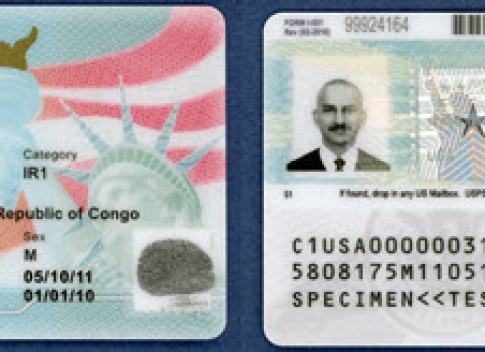 The U.S. Citizenship and Immigration Services (USCIS) announced this week that it will begin issuing redesigned Permanent Resident Cards (Green cards) starting May 1, 2017.

The move is part of the Next Generation Secure Identification Document Project that seeks to create cards that are highly secure and more tamper-resistant than the ones currently in use. It is a multi-agency effort that involves USCIS, U.S. Customs and Border Protection, and U.S. Immigration and Customs Enforcement “to enhance document security and deter counterfeiting and fraud,” USCIS said in statement.

USCIS however stated that some green cards will continue to be issued in their current format after May 1  so as to deplete current supplies before transitioning to the new versions. Existing green cards will stay valid until the expiration date listed on the card.

People on a Temporary Protected Status may have an expired date on their documents but might have had their validity extended beyond the date on the card. Mshale encourages you to consult with an immigration lawyer if unsure.

If you have a green card that does not bear an expiration date but is still valid, you should consider applying for the updated card to take advantage of the new security features.

According to USCIS, the new green Cards will: