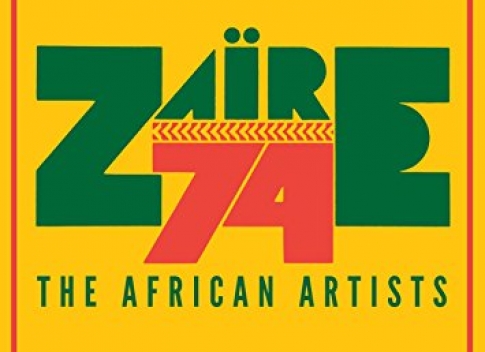 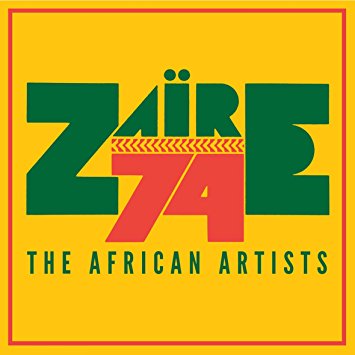 The Rumble in the Jungle is a gift that keeps on giving. The legendary 1974 heavyweight championship boxing match between Muhammad Ali and George Foreman yielded two superb documentary films, the Oscar-winning When We Were Kings (1996) and Soul Power (2008). The first unfolds on the drama surrounding the fight itself, complicated by an injury to Foreman that delayed the main event for weeks. The second showcases artists who performed at the three-day Zaire 74 music festival, the “Black Woodstock,” which went on despite the delay. This festival was essentially created by two South Africans, Hugh Masekela and Stewart Levine. (For the full drama, check out Masekela’s riveting account in his autobiography Still Grazing.) But neither of these great films fulfilled Masekela’s and Levine’s original goal of bringing African musicians to widespread international attention. Soul Power focuses on James Brown, the Pointer Sisters, B.B. King, the Fania Latin All Stars and other visitors, while sidelining performances by the likes of African stars Franco and T.P.O.K. Jazz, Tabu Ley Rochereau and Miriam Makeba.

Amazingly, all this music was nevertheless recorded on state-of-the-art 16-track gear Levine brought in from the U.S.. And some 40 years after the fact, Masekela and Levine finally pulled together the rights, the tapes and the time to mix them for this historic release. Why exactly this took so long is more or less, though not completely, explained in this double CD’s excellent booklet with essays by Robin Denselow, as well as Masekela and Levine. In any case, the result is one of the most memorable live African recordings ever, certainly one of the best of the golden Congolese era of the 1970s. One reels to imagine what we might have heard if such resources had been deployed at Festac ’77 in Nigeria, the only other African live music event of the decade that might rival this one.

This is the era of rumba rock, when the mellifluous, urbane dance music of Kinshasa in the ‘60s was getting an edgy makeover by bands like Zaiko Langa Langa. We hear that influence in sets by T.P.O.K. Jazz, Abeti, Orchestra Stukas, and Tabu Ley Rochereau. Tabu Ley opens the first volume, leading his band Afrisa at the height of its powers. The tempos are brisk and bracing. The ensemble is tight as a drum head as the brass section blares and guitars spit out surf-like ostinatos, crunchy accompaniments and bright solos, some of them ragged with amplifier distortion. Tabu Ley’s voice is sweetly soulful and lighter than air, especially on “Annie,” the longest track in his set at just over seven minutes. Most of the tracks in all these sets clock in at or around three minutes, which for veterans of live Congolese music seems very short. That’s likely because there was time pressure on these bands, with their sets tucked in between those of the visiting American stars. But brevity only heightens the focus, intensity, even urgency in these performances. When we hear snippets of response from a crowd numbered at 50,000, as on Tabu Ley’s vocal intro to “Annie,” the enormity of the moment is palpable.

Abeti comes next, beginning with two fierce, moody Franco-esque numbers sung by her guitarist brother, Abumba Masikini. Abeti’s own songs here tend more to the rolling triplet rhythms of the Congolese interior, and less to the Afro-Cuban clave feel we tend to associate with soukous. Indeed, that word had yet to emerge as a term for Congolese music in general. Abeti was the top female vocalist in Zaire at the time, paving the way for many others to come. Her voice is robust and nuanced, and her band expertly ebbs and flows around it, making it the center of attention and then surging in response to it. Occasionally the musicians break down into rowdy percussion jams. Abeti sings not one but two praise songs to then-president Mobutu Sese Seko. (Makeba and Orchestre Stukas each sing one as well.) Given the horrors to come under Mobutu, it’s hard to appreciate that the man was widely adored in 1974, as he championed African authenticity. Abeti sings, “He struggles for the dignity of all black people.” At this watershed moment in 20th century African history, this probably seemed believable to many.

Franco and T.P.O.K. Jazz open the second volume with a driving, seamless set, once again keeping the songs short, often segueing from one to the next without a stop. Franco’s brash and blustery vocal is in full bloom, backed by a chorus of singers that includes Sam Mangwana. The band’s seven-piece brass section sounds magnificent, intertwining with dense guitar chatter. This remarkably clean recording allows for panning of guitar parts so that they tickle the ears to added delight. The Latin tinge is also understated here, as grooves shift between march-like militarism, and deep forest polyrhythms etched in this band’s signature guitar, brass, percussion and vocal alchemy. Robin Denselow notes that Tabu Ley “stole the show from his legendary rival Franco,” and no doubt many who were present would concur. But for this longtime Congolese music lover, nothing tops the vicarious experience of live Franco in the ‘70s.

A brief set from Miriam Makeba provides the only non-Congolese music in this collection, and it’s a captivating interlude. Not only is Makeba in spectacular voice, but we’re meeting her on a visit from her then-home in Guinea, and she addresses the crowd in South African-accented French, a treat to hear on its own. Her spare ensemble features two acoustic guitars, making for a lighter more intimate sound. Her praise song to Mobutu nods to rumba, but “Amampondo” feels closer to a Zulu walking song with guitar taking the role of a mouth bow. Makeba huffs and puffs in guttural rhythm before breaking into full-throated glory. Her folksy song “West Wind” includes a strong message of social justice, something not likely to be heard from any Congolese band even in the glory days of Mobutu.

Orchestre Stukas’ set brings full-on rumba rock, the youthful sound then emergent in Zaire—tight vocal harmonies, squirrely tangles of guitar, shouted animation sections, and bubbling bass lines all working around a fast clave timeline. This performance was apparently huge for the band, making them one of the most popular acts in the country in the aftermath of the festival. The collection closes with a traditional performance from the Pembe Dance Troupe, which the notes tell us involved some 300 dancers that nearly brought the stage down. The last thing we hear is iconic chanting for the most charismatic champion boxing ever produced: Ali boma ye!

One footnote. This recording comes a few years before electric keyboards found their way into Congolese music. Beyond the glory of the Rumble, and the splendid quality of this recording, Zaire 74 takes us back to a moment when Congolese music was more under the sway of the Rolling Stones than the slick, high-tech sheen of Paris.