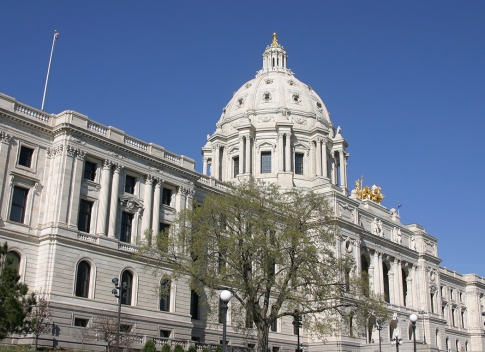 The 2017 regular and first special session are now over, as a newly elected member of the Minnesota House of Representatives – the first Somali-American, Muslim woman in the nation to hold office at this level – I want to take a moment to share my impressions of what took place as well as to update you on the most recent developments.

As you may have heard, Governor Dayton has signed into law all of the major budget and tax bills passed by the Legislature this year. However, he did so with great reservations given some of the bills’ more troubling provisions. In doing so, he line-item vetoed funding for the Legislature in hopes of securing legislative cooperation in addressing his concerns. The Governor is requesting Republican legislative leaders revisit huge tax cuts for the wealthy that jeopardize our balanced budget, teacher licensing changes that could weaken the profession, and language that would permanently deny any Minnesotan who is undocumented from legally accessing a driver’s license. For Minnesotans who need to drive to get to work, school, or to take care of family members, safe and legal access to driver’s licenses is essential.

Given the state’s projected $1.65 billion surplus, I was hopeful that my first year serving in the legislature would be an extremely productive—one that would bring needed investments to our state’s economy and also reflect Minnesota’s aging and diversifying population, while focusing on the values that have always made this state a great place to live. Unfortunately, that did not happen, and Republican majorities in the Minnesota House and Senate demonstrated the first priority this session was tax cuts. They prioritized tax cuts ahead of public education, health care and services for the vulnerable, improving our transportation system, and many other important needs. The result was over a billion dollars in tax cuts for the rich, big tobacco companies, and subsidies to insurance companies, leaving behind the majority of Minnesotans.

The halls of the Capitol were a unique environment to navigate as a Muslim-American and as a woman of color. As a person representing the urban core and its many diverse communities, it can often feel like no one is listening in a Republican-controlled legislature led by men, whose electoral base is substantially more white and rural. However, as often as that is true, it’s also sometimes irrational. Instead, I stood up and spoke out on issues that mattered, both on the floor and in committee meetings. As an Assistant Leader in our minority caucus, I was able to provide important insight and understanding on important issues our community cares about. We can’t stand by silently and assume that people won’t listen. I forged relationships with colleagues across the aisle (and in my own party), with whom I know I have disagreements on many policy matters. I wanted to learn more about them, and I was pleased to find that they also wanted to learn more about me, about my community, and about the experiences that shaped me.

Building relationships leads to getting things done, and so we were able to pass some legislative accomplishments. Given my focus on creating good paying jobs and a better economy both for residents of our district and for newly graduated students, I was pleased we could take action on enhancing our state’s infrastructure. Together, the legislature passed a bipartisan $988 million capital investment package that includes significant investments for the U of M and for Minneapolis neighborhoods, including: $330,000 for the redesign and expansion of the Brian Coyle Center; $31 million for the 10th Ave Bridge over the Mississippi; $66 million for the U of M Medical School Health Sciences facility, $2 million for the People’s Center and numerous other investments to help critical non-profits with infrastructure needs that helps thousands of Minneapolis families.

I did find success working with my colleagues on the Higher Education Committee, and I was appointed to serve on the Conference Committee that drafted the final bill. One major priority of mine coming into my role on Higher Education was to improve the ability of student parents to graduate. As a former student parent myself, I prioritized passing legislation that strengthened supports for student parents like increasing the child care grant for student parents to $3,000 as well as increasing the length of eligibility to ten semesters. An increase in funds will assist with the rising cost of child care, and the extension of eligibility may allow student parents to spend more time with their families and graduate on time. Both of which will result in a positive lasting change for student parents and their families. I also passed funding for summer enrichment programs that will help expose students to a college experience that might not receive that exposure in their home life.

Also this session I authored a bill for the Somali Museum of Minnesota to secure funding for a $400,000 grant spread over four years to support Somali-based collaborative programs for arts and cultural heritage. This grant will have a significant impact throughout our Somali-Minnesotan community.

Throughout my first session, I was inspired and impressed by the amount of activism and support I received from local constituents and organizations on a number of different issues our community faces. I have enjoyed interacting with all of you and I encourage you to stay active and apply pressure to your elected representatives by calling, emailing, and taking part in collective action to get the results you expect from your elected leaders. They are listening. I was pleased to see so many of you at my monthly Coffee and Kulan sessions, and I look forward to more in the future.

As a young Muslim woman, an immigrant, and the sole voice representing an entire community in the legislature, I will admit there were times where I questioned why I was doing all of this. There were moments of intense pressure, but I was constantly reminded by your activism and support that our nation is a nation of immigrants – people who came here to seek a better life and provide a good opportunity for their children and families. That’s our story, and even though the work of getting elected and serving can be difficult at times, it was a joy for me to know that this work is in constant pursuit of a better life for everyone in our community. We must keep working and building a better life for all Minnesotans!

Elected in 2016, Rep. Ilhan Omar is a first term State Representative from Minneapolis, Minnesota. She is the first Somali-American to be elected to a state legislature in the United States.