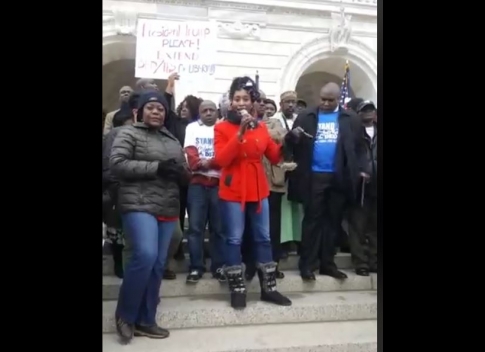 President Trump today gave Liberians under the Deferred Enforced Departure (DED) some breathing room through March 31, 2019. Their DED status that president Obama extended for 18 months as he was about to leave office in 2016 was set to expire on March 31, 2018. Liberians nationally and locally under the direction of groups such as African Immigrant Services (AIS) and Acer have mobilized and have lobbied their legislators and the White House to extend DED.

The DED breather comes less than 24 hours after Liberians in Minnesota held a rally at the State Capitol in support of a DED extension that hundreds attended.

In a Presidential Memoranda to the Secretaries of State and Homeland Security, Trump said that the situation in Liberia does not warrant an extension of DED but that “the foreign policy interests of the United States warrant affording an orderly transition (“wind-down”) period to Liberian DED beneficiaries.”

The presidential memo went on to say that, the 12-month period will give the government of Liberia time to reintegrate those returning from the United States and “to allow DED beneficiaries who are not eligible for other forms of immigration relief to make necessary arrangements and to depart the United States.”

According to the presidential memo, the 12-month wind-down period shall apply to any current Liberian DED beneficiary as well as any employment authorization.

Come March 31, 2019, Liberians under DED will be in the same situation and will face a risk of deportation unless they have received another form of immigration relief. For now however, they can breathe a sigh of relief.