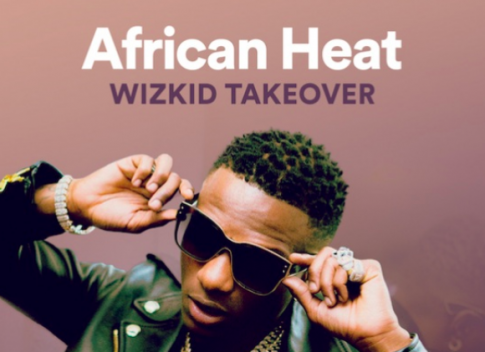 Spotify recently launched its Afro Hub initiative as part of its Global Cultures Project. “It’s our mission to uncover every layer of this ancient, expressive and rhythmic musical culture which is an important component of today’s mainstream, modern music,” the popular music streaming service said.

This is a welcome and calculated move by the streaming giant, especially considering the global crossover of Afrobeat — a genre of music that is attributed to West African artist Wizkid and mostly Nigerian artist Davido. The latter’s song “If” was No. 1 on New York’s Shazzam chart on Thursday, Oct. 11, according to All Africa. Wizkid has collaborated with American artists such as Drake and was invited to perform at some of the biggest festivals in the United States, such as Coachella and Made in America. Artists like Tiwa Savage, a Nigerian singer-songwriter, are signed to Jay Z’s Roc Nation label. All these factors, as well as a large diaspora of Africans sharing their music, have led to the rest of the world taking notice.

The Afro Hub platform divides the music into regional sections with West Africa featuring “Coupé-Décalé,” which is an upbeat dance style of music from Ivory Coast; “Highlife Fever,” a genre of music typically associated with Ghana and Nigeria; “Afrobeat Essentials,” a genre associated with Fela Kuti, and more. East Africa is represented by “Ethio Pop” from Ethiopia and other nations, while Central Africa is represented by “Kizomba,” which hails from Angola and Mozambique. The hub also features South African rock, Zamrock from Zambia, house music, and more. However, one drawback of Afro Hub is the lack of music from North Africa.

Alec Lomami, a Congolese American-based artist, producer, and DJ, shared his thoughts in an interview with IR INSIDER.

“It’s a good start but I think they should have a more Pan African approach. It seems to be very Nigerian heavy. I know it’s a work in progress and will be continuously updated,” Lomami said.

“I’d like to see more up and coming artists featured too because it’s such a huge platform that would benefit the up-and-comers immensely.”