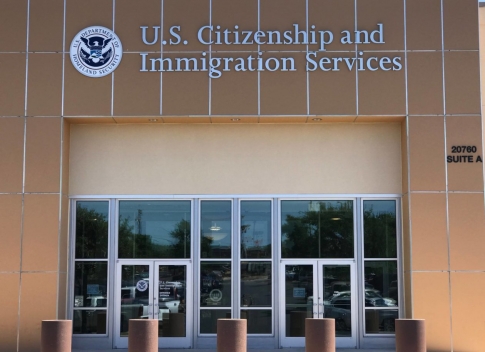 A proposed rule to ban the spouses of H-1B visa holders from working in the U.S. could now be released by the end of the year.

The rule targets H-4 visa holders, who were allowed to request authorization to work in 2015 under President Barack Obama. Federal officials initially estimated that a new rule preventing H-4 holders from working could be published as early as November. But that now appears unlikely.

“I would expect that before the end of the calendar year, the proposed rule will probably be out,” U.S. Citizenship and Immigration Services Director L. Francis Cissna told Bloomberg Law in an interview late last month.

That announcement will likely be followed by a comment period, according to a September letter Cissna sent to the Internet Association, which represents many major technology firms. According to the letter, “The public will be given an opportunity to provide feedback during a notice and comment period on any revisions to regulations that DHS determines are appropriate, including revisions relating to the H-4 Rule.”

The proposed change is the result of President Donald Trump’s “Buy American and Hire American” executive order, which in part required the Secretary of State, the Secretary of Homeland Security and others to “suggest reforms to help ensure that H-1B visas are awarded to the most-skilled or highest-paid petition beneficiaries.”

Many Silicon Valley tech firms, like Facebook and Google, rely on H-1B visas to hire foreign workers and have pushed to expand the 85,000 annual cap. The visas are intended for jobs requiring at least a bachelor’s degree and specialized knowledge. Critics argue the visas are used to hire cheaper foreign workers, at the expense of Americans.

The majority of H-4 visa recipients are women from India, because most H-1B visa recipients are from India. A rule change would affect an estimated 100,000 visa holders working in the U.S., some of whom have said they’ll be forced to return to their home countries if they are unable to work.

Between October and December 2017, the most recent data available, USCIS had approved 6,800 work authorizations for H-4 visa holders. Of those, 6,130 were Indian citizens.