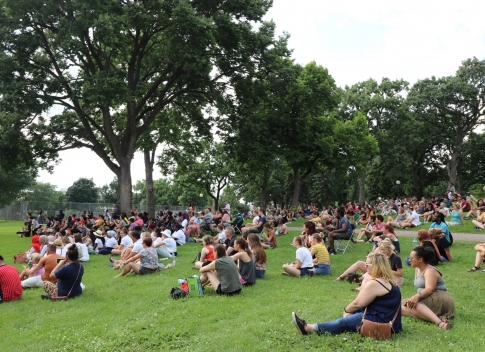 The Minnesota Department of Human Services has announced the honorees for this year’s Outstanding Refugee Awards.  The awards recognize refugees for civic engagement, entrepreneurship, young leadership and significant efforts during their first two years in the state.

In 2019, Minnesota welcomed 891 refugees from 13 countries, about half of them children and youth. The largest number of refugees were from Burma, followed by the Democratic Republic of Congo and Ukraine.

The department in a news release said it canceled this year’s awards ceremony because of the COVID-19 pandemic, but plans to honor the 2020 award winners at an event next year.

“People who come to the United States as refugees endure great hardship in order to realize their hopes for a better life for themselves and their families,” said Human Services Commissioner Jodi Harpstead. “I’m so pleased to acknowledge the achievements of these individuals who have done so much to unify Minnesota and make our state a better place to live.”

The Entrepreneurship Award goes to individuals who contribute to their communities in business, the arts or education:

The Young Leader Award acknowledges the contributions of young people who have achieved great milestones and are making a difference in their communities:

The New Beginnings Award recognizes individuals who have been in the country two years or less and exemplify resilience and courage while rebuilding their well-being and making Minnesota home: