Pha was reelected to a second term in the Brooklyn Park City Council in last November’s general election. She was first elected to the council in 2016 when she made history by becoming the first elected council member of color. It was her first attempt to run for office, easily winning with 56 percent of the vote.

Sen. Eaton will not be seeking another term when her term is up in 2022, according to the news release from Pha’s office.

Pha’s announcement means there is a possibility for a special election to fill her West District seat in the city council. Her council term was to end in 2024.

All three districts in the Brooklyn Park City Council are represented by two council persons serving staggered terms. The other council representative for the West District is Councilman Wynfred Russell whose term ends next year and will be up for reelection in 2022 if he decides to seek reelection.

Blacks make up 33 percent of the residents of Senate District 40, Asians 17 percent while those who identify as white make up 35 percent.

Other races on the ballot in 2022 include that of the governor. 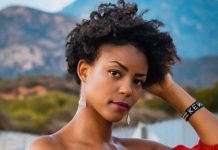 ‘You are the one we have been waiting for’: DFL House and Ways committee chair Rena Moran tells Huldah Momanyi Hiltsley at state Senate... 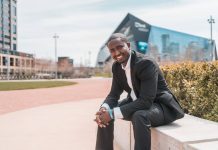