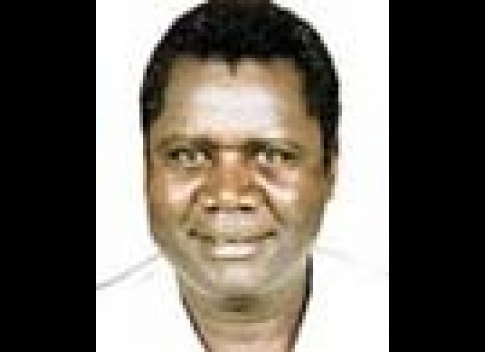 An Interview With Michael Okema

High drama has swept through East African politics in recent months, showing no signs of letting up even after the elections in and the constitutional referendum in have come to a close.

After a sudden 45-day postponement of the elections, Tanzanians went to the polls in mid-December to choose a new union president and parliament. The semi-autonomous
Zanzibar
held its elections as planned in late October. Relative peace prospered in both elections. Opposition members have continued to cry foul, however, ensuring a degree of political tension for the indefinite future, especially in Zanzibar where power is still split between the oppositional CUF stronghold on the
island
of
Pemba
and CCM’s dominance on the main

In November, Kenyans made a historic vote in the long-awaited constitutional referendum with the “No” campaign soundly defeating the “Yes” campaign as led by President Mwai Kibaki. After the loss, Kibaki sacked his entire cabinet, pushing out nearly all ministers and deputies who campaigned against the new constitution. Protests ensued, and political reverberations of the vote are sure to continue until ’s 2007 presidential election.

With elections slated for March 2006, has set the stage for the highest drama, and perhaps sadly the most volatile, of them all. President Yoweri Museveni is running for a third term after the parliament ratified the constitution to allow him to do so. Museveni’s main threat in the election, Col. Kizza Besigye of the Forum for Democratic Change (FDC), returned to from exile in South African only to be jailed and court-martialed for treason among other charges. The case has already drawn heated criticism and protests in and around the world.

Currently teaching at the Open University of Tanzania in Dar-es-Salaam, Okema has become a prominent figure in a wide-range of political circles for his long-running political column with the weekly newspaper, The East African. Okema previously taught at the University of Dar-es-Salaam, and, in addition to publishing Political Culture of Tanzania (Mellem Press 1996), he has written extensively on the democratization process in Tanzania.

Mshale: East Africa seems to have arrived at a historic crossroads in its democratic development with recent elections in Tanzania, the constitutional referendum vote in Kenya, and next year’s election in
. How would you describe this moment in
East Africa
’s history and the political forces involved?

Okema: Multipartyism is making a difference. This is the more so in than in or . In , civil society is awake as in  while the regime is undemocratic. In , the regime has managed to maintain control without being as overt as in .

Mshale: What do the results of ’s constitutional referendum tell us about the nation’s democratic process and President Mwai Kibaki’s administration? Furthermore, many people criticized civic education efforts in the referendum campaign and the role of tribal and partisan politics. How do you perceive these criticisms? Were you surprised, as many others were, that there was not a major outbreak of violence after the results were announced?

Okema: Where the regime loses, it means it respects democratic principles. Kibaki’s weakness is not about democracy but corruption in high places. Anybody who criticizes tribalism in Kenyan politics does not know the country. For the time being, Kenyan politics is synonymous with tribalism. It will take a while for this to change. Kenyan politicians never complain about it. Kibaki is criticized, not so much for tribalism as for failure to share power with other tribes. I was not surprised at the absence of violence because it has always been state-sponsored and Kibaki is not strong enough to do it.

Mshale: According to all election observation bodies, the elections in
Zanzibar
were free and fair despite some irregularities. Do you adhere to those viewpoints? Why or why not? Could you comment on the rise of the opposition parties on the Tanzanian mainland with specific reference to presidential candidate Freeman Mbowe and Chadema?

Okema: With time it has become increasingly clear that approval, or otherwise, of all elections is itself a political exercise. Many observers begin by feeling one side should win. My views are therefore likely to be politically colored. As an intellectual, I would say CCM had made a long and elaborate organization to fight in an election whose outcome it did not take for granted. Mbowe is on the rise, but is not likely to clinch the presidency. A lot will depend on how he builds on his name in the next five years, which, in politics, is a long time.

Mshale: As the expected next president, will Jakaya Kikwete have the vision and determination to revamp the ruling party (CCM) while continuing on the path toward sustainable economic development and democratic reforms?

Okema: Revamping CCM will be the least of Kikwete’s problems. CCM has a long tradition in organization. It is the economy that could be his undoing. Out of desperation Kikwete has made too many promises. Most of what he promised–jobs, improved social services and a better life for every Tanzanian–is beyond the wisdom or power of an individual.

Mshale: If peace and relative democracy prevailed in and , recent events in the run up to the Ugandan election appear all the more troubling. Do you think that President Museveni has become a full-fledged dictator? Has the NRM underestimated the political power and following of the FDC and Kizza Besigye? How do you perceive his arrest and pending trial and the political maneuvering that has followed?

Okema: Museveni has always been a dictator. Only his Western darlings have decreed that he is a "democrat". Everyone in
Africa
went multiparty except Museveni. Yes, FDC has taken everyone by surprise including Museveni and even FDC itself! The attempt to get Besigye to plead guilty is designed to get him out of the way. He cannot vie for political office after pleading guilty to treason. Thus, he will be replaced by a weaker candidate.

Mshale: In a recent column for The East African, you wrote about the dubious role of donors in anti-corruption efforts with specific reference to
. Can you apply a similar argument toward
East Africa
countries and donors’ role in democratic reforms and elections?

Okema: Well, donors tolerated one (no) party rule in for a long time. Presidents Clinton and Bush put on their respective itinerary when the country was not democratic. Actually Bush refused to meet Ugandan opposition leaders. Would you call that dubious?