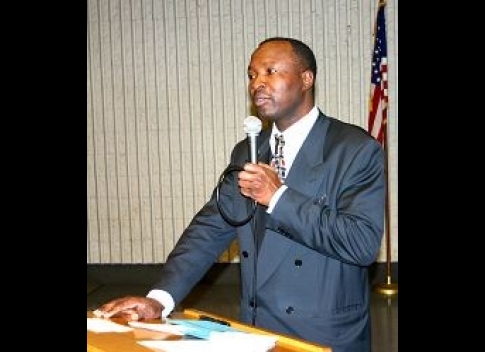 The Mwanyagetinge Association of Kenyans in
Minnesota
held its elections on November 26. Paul Morande was reelected chairman after garnering 78% of the vote. He beat Henry Kerongo who managed to get 19% of the votes cast. Naftali Makora trailed with a paltry 2%.

John Makori, the incumbent treasurer is now the Vice-President. His ascension to the VP spot however left a void in the treasury where no candidates offered themselves for one of the most challenging job in the leadership. The position of Secretary is also unfilled.

Interestingly, key positions have been left unfilled as the organization has stepped up its accountability endeavors and gained a much higher profile than before.

Other officials elected to the position of committee members are Peter Ndemo, Josephat Obino and Agnes Oburu.

Meanwhile, Mr. Morande sent out New Year greetings to all Kenyans and their friends. He also thanked the U.S.Marine Corps Reserve Toys for Tots Program -Twin Cities for the gift of toys that his organization received and distributed to the community’s children in celebrating the

last Christmas. In a statement, he said “This was a great support particularly to the families and children of our community who enjoyed the gift of a toy. It was also an opportunity to teach others

about sharing and motivate our youth on the power of sharing”.

He also expressed gratitude to the Brooklyn Center based Kenyan Community Church for offering space at its recently purchased facility to be used as a distribution center. “To Mwanyagetinge officials and members who worked to collect and distribute the gifts Mr. & Mrs. Peter Ndemo, Josephat Obino and George Mayieka, I say thank you”, the chairman said.