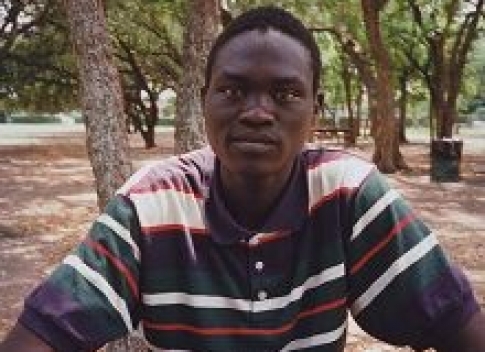 The
WALKER
ART
CENTER
in
Minneapolis
will be screening a 90 minute documentary titled “Lost Boys of Sudan” depicting the plight of 20,000 Southern Sudanese Dinka tribe children driven out of their country during a military conflict that has been around for 20 years. The
Khartoum
Islamic government is reportedly said to have conducted raids on the Southern part of the country occupied mainly by the Christian and animist Dinka tribe.

The documentary traces the life of one Peter Nyarol Dut, a Sudanese Dinka boy who lost both his parents and ran away to the Kakuma Refugee Camp in before the United Nations arranged for a flight to Texas in the where he settled down as a refugee. It is the moving story of human tragedy brought about by ideological and racial conflict that has resulted in the death of an estimated 2 million people and thousands of refugees. Worldwide, there are 15 million refugees who cannot return home because of the political situation that does not observe basic human rights in their native countries.

The Lost Boys who were able to make it to are only a portion of the larger children population that is still on the run in the African semi-desert bush or have made it to refugee camps in neighboring countries. The peace agreement signed between the
Khartoum
administration and the Sudanese Peoples Liberation Army (SPLA) at the end of last year, if it holds may bring peace to the region. Alas, the leader of the SPLA Dr John Garang died in a mysterious plane crush shortly after the peace agreement that leaves many unanswered questions!

Today, the United Nations, the African Union (AU) and other nations, including the are working towards the goal of obtaining lasting peace in the region and resettle displaced people. The documentary does not touch on current efforts of the international community in the region, rather it focuses on the cultural shock of the lost boys as they struggle to fit in the American life-style.

The role-played by church organizations, YMCA and the benevolent American people in assisting the “confused” new comers cope with a faster pace of life is commendable. Getting an education, picking up the English language and learning basic skills such as pottery, factory work, playing basketball and using “deodorant” to drawn the mud hut smell, are a series of discoveries that the refugee boys go through.

Some of those refugees pick up fast, learn a trade and get jobs only to find themselves having to support other less fortunate immigrants. It is this extended kinship which older Americans marvel at and find exciting among the African culture.

A very naïve comparison is made by the new comers on how they have perceived African Americans who have been here for generations and although they are black –certainly less so than the pitch dark DINKAS – are generally characterized as pick-pockets and potential criminals! The lack of a scientific analysis on the struggle of African Americans to obtain social justice, equity and educational and economic opportunities – is sadly lacking and hence troubling in this documentary!

The documentary is reduced, at best, to a cheap Christian propaganda stint that only scratches on the surface of the well-known Southern Sudanese problem. The filmmaker has come out superbly, however as he plays on languages – Dinka, broken Sudanese English and appropriate English subtitles. For those who know nothing about the Southern Sudanese situation, this documentary will give them the first kindergarten class. The complex nature of the conflict in
Southern Sudan
is a subject for more research so that a lasting peace can be found to end the current suffering!

This documentary is about the “Lost Boys of Sudan” that leaves me wondering, are there no “Lost Girls of Sudan?”  What happened to them?