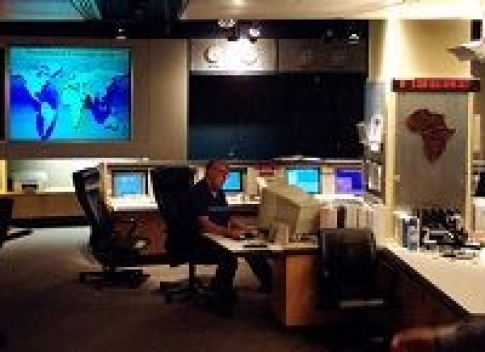 XM Satellite Radio until last winter was the only one of the two satellite radio receivers that carried a channel dedicated to African music, called Ngoma XM. Ngoma is the Swahili word for drum. However, soon after Hurricane Katrina hit and just before Christmas, XM became the grinch and yanked the channel 102 off its lineup of stations on the receiver and consigned it to an online only station.

XM Satellite Radio and its only other competitor in the satellite radio business, Sirius had 9.3 million paying subscribers in the as 2005 closed with XM having the majority of the subscribers at 6 million. Both companies charge $12.95 per month for a subscription. In turn subscribers receive over hundred channels of mostly commercial free programming. The two stations also entered the Canadian market last year with the potential number of subscribers forecasted at 2 million.

As the rescue efforts intensified in the Katrina impacted areas, Ngoma XM was forced to give up its space to the Red Cross and was off the receiver for about a month. After it came back on, there was little warning of the impending changes. A call to the XM customer service while the channel was off the receiver during Katrina yielded little to worry about as the representative said some of the channels were being reassigned channel numbers.

A few weeks before Christmas, channel 102 was now

instead of Ngoma XM. It is a Pop Hits station broadcast in French. When contacted for comment for this article, Judith Pryor, Senior Vice-President for Corporate Affairs at World Space, the operator of Ngoma said the removal of Ngoma from the receivers was XM’s decision and referred all queries to them. Also affected by the reshuffling of channels is WorldZone, which also suffered the same fate as Ngoma by being reduced to a web cast only station. WorldZone played an eclectic mixture of music from all parts of the world.

Anne-Taylor Griffith, Corporate Affairs Manager at XM told Mshale via email that the launching of XM Canada last year required additional programming including the addition of three French language channels. Asked whether the decision to eliminate Ngoma from the receiver was driven in part by the number of listeners to those two channels, Ms. Griffith said “We generally don’t publicly share details about individual channel listenership for competitive reasons”.

The only channel categorized as World that survived the shakeup was The Joint, a reggae station which is still available via the receiver.

Both Ms. Pryor and Ms. Griffith emphasized that Ngoma is still available via the web just not in your car.

Worldspace was founded by Ethiopian immigrant Noah Samara in 1990 and launched its two satellites AsiaStar and AfriStar in 1998. It provides digital audio broadcasts in 130 countries and recently announced it had surpassed 115,000 subscribers in mostly developing countries in Asia, Africa and parts of
Europe
. The company went public last year and is listed on the NASDAQ and is currently valued at over $400 million. Mr. Samara is currently the CEO at WorldSapce. Worldspace being the pioneer in satellite radio technology helped in the launching of XM Satellite Radio and the irony of the African founder having the channel dedicated to his place of origin removed downgraded in such a manner has struck many as very interesting indeed.

One of those disappointed by the removal of Ngoma from the receiver is DJ Top Donn (Donald Owino) who does the exclusive music chart for Mshale. He also compiles some of the selections heard on Ngoma. He is one of the DJs that mix for the popular Moto Mix, a two hour show on weekend evenings that showcases the best of African club music. He said some of the people he knows are already canceling the service as they listen to it mostly in their cars. “Unlike in your car, you have choices when you are on the web so people have to make the decision whether not having it on the receiver makes sense for them”, he said.