Home Opinion Liberia at a Crossroads 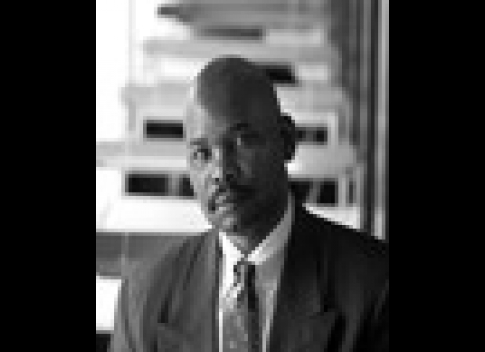 The election of Ellen Johnson- Sirleaf, the Harvard-educated former World Bank economist as president of
is a milestone. She will become the first woman African head of state

and give her tormented country the only real opportunity in more than a generation to emerge from the ashes of a savage civil war. But these rays of hope will be extinguished if George

It is virtually impossible to imagine a place on Earth where life has been more hellish than
. For almost three decades, the country has been in the grip of brutal dictatorships or ruthless warlords. It reached its nadir in 1980 when Samuel Doe introduced a rein of terror. In 1990, Doe was killed by rebel forces led by Charles Taylor and Prince Johnson, two equally ruthless

president. But rather than pursue peace and reconstruction,
Taylor
instigated coups and civil wars in neighboring states. He sold arms in exchange for diamonds to
rebels who cut off the limbs, ears and noses of opponents.

In 2003, Taylor was forced to resign but was granted refuge in in spite of an indictment for war crimes by the

for
. His forced departure paved the way for last week’s elections.

The election of Johnson-Sirleaf notwithstanding, history will repeat itself unless the international

community acts resolutely. Although she won 60 percent to Weah’s 40 percent, Weah has refused to concede defeat, charging fraud and other irregularities. International monitors

have categorically stated that there is no evidence to bolster Weah’s allegations.

Weah’s threat to the democratic process should not be taken lightly.
has been down this path before. Easily the most famous Liberian, 38-year-old Weah is a former international soccer star who draws most of his support from dispossessed urban youth, former child soldiers and

scores of warlords. A product of the slums of
Monrovia
, the barely literate Weah’s rags-to-riches story resonates with poor youth. Even so, most Liberians seem to have voted for experience and

The belief is that 67-year-old Johnson-Sirleaf, with her connections and legitimacy in the world of

global finance and capital, stands a better chance of leading
to economic recovery and international demarginalization. The silver lining for Weah is that he has established himself

as a powerful political force and the man likely to succeed Johnson-Sirleaf.

has not known a modern democracy. Weah can change that dismal history if he accepts the election results and joins a government of national unity or plays the role of a legitimate democratic opposition. What the country needs is not another warlord but a massive reconstruction effort. But Weah’s support from unsavory characters, including
Taylor
’s backers, should give pause. There are indications that Taylor himself maintains an unhealthy interest in

Liberian politics from exile. It is unlikely that will know peace until
Taylor
is held accountable for the atrocities he committed in office. Weah should join those democrats and

reformers who have called for to turn Taylor over to
’s

to revert to violence. Yet, it is his supporters who must be rehabilitated for this election to relaunch
. UN peacekeeping forces cannot allow the situation to deteriorate. Nor should the international community permit thugs to reverse the freely expressed will of the Liberian people.

Finally, the
must recognize its special responsibility. The country was established by Americans, and successive administrations treated
like an unofficial vassal. That is why Washington bears some responsibility for
’s woes.

material, diplomatic and logistical support is crucial if
is to emerge from its long night of privation.

Makau Mutua is a professor of law and director of the
Human
Rights
Center
at the
State
University
of New York at
Buffalo
.