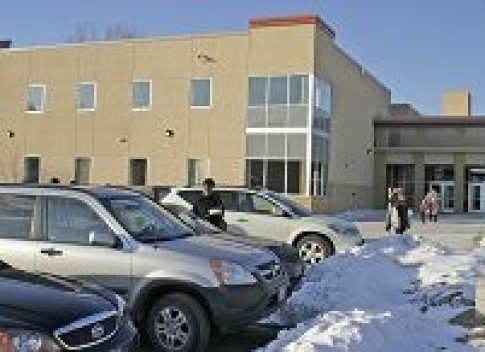 Minneapolis – On a cold February afternoon, more than 650 visitors paraded through the hallways and offices of the new Center for Families to check out the newest innovation in North Minneapolis created to help struggling families succeed.

The 19,000-square-foot facility — built by the Greater Minneapolis Council of Churches — will serve all families, with a special focused outreach to West African immigrants. It will house services such as language classes, job training, health screenings and referrals, mental health services, adult basic education, and many others designed to help families plant strong roots in the community.

“The fact that we all have united Blacks/Whites, the children of Cameroon, Sierra Leone, Nigeria, Liberia, Ghana, Togo, rich, poor, middle class to construct and operate a Center for Families is something to shout about. We have come today even though some said this day would never happen. We have come today not because we believe that the city and others join us in our sense of moral outrage but because we want preachers, black and white, Protestant and Catholic, Jewish and Muslim to join hands and hearts together to bring about a moral revolution in our land.”

The grand opening also featured the premiere performance of “We, Too, Rise,” an original choral anthem commissioned by GMCC to celebrate its 100th Anniversary of uniting people of faith to serve people in need. It was composed by Emmy-Award-winning composer, Steve Heitzeg and performed by the Fellowship Missionary Baptist Church choir, under the direction of Sanford Moore. The anthem is taken from the Reverend Dr. Martin Luther King, Jr.’s “Letter From a Birmingham Jail,” in which King responds to eight Alabama clergyman who had labeled his demonstrations as “unwise and untimely.” King responds: “…the time is always ripe to do right.”

Planning for the $3.5 million Center for Families began nearly four years ago with an advisory committee made up of government professionals, social service advocates, and community leaders. But most important was the representation from the West African community whose wisdom guided the center’s development from its infancy.

View pictures from the event in the photo gallery.