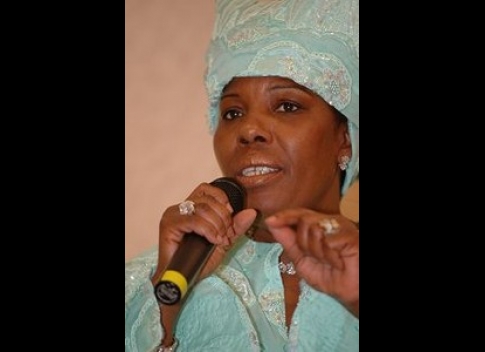 “Liberia WILL be better than it was before!” pledged young children in a skit where each child took on the role of a professional in uniform. Statements by each child were met with cheers of encouragement from the audience. It was clear that pride, optimism and festivity ruled the night of the Inaugural Ball of the Organization of Liberians in Minnesota (OLM).

The speakers at the podium all delivered the same message albeit in different words. They congratulated Liberians for progress achieved thus far and further urged them to transcend their achievements and move to the next level. For Liberians back at home and here in Minnesota that is not a light request.

After a quarter of a century of violence, newly elected president of Liberia Ellen Johnson-Sirleaf has the arduous task of leading the reconstruction of the country .

Meanwhile, here in Minnesota , newly elected president of OLM, Martha Sinoe, finds herself leading the revamping of the organization. One of her main aims is to transfer OLM from a political and social organization into a non-profit organization. This is the first time that a woman is OLM president adding to the pressure to be successful but at the same time garnering a lot of support and attention.

Guest speaker, senate candidate Dan Williams opened his speech by reading a letter of congratulations to Mrs. Sinoe from Governor Tim Pawlenty and stood by the governor’s pledge to support the organizations goals. “OLM is not the same as it was 2 years ago or even 5 years ago,” he stated.  As OLM goes through structural changes, Williams advised its leadership and audience alike to realize the importance of effective engagement during rapid change. “Your results must be pre-determined,” he stated. “Always be prepared for change, recognize when change is occurring and know what has been changed, what is has changed from and what it is changing too,” he articulated.

Williams also noted the rapid changes taking place in American politics and remarked’ “What you see today may very well be obsolete tomorrow. Some people in office are like that.” Mr. Williams is running for Minnesota State Senate – District 54. He is the founding pastor of Grace Resurrection Ministries and has extensive experience as a politician and businessman.

After a brief introduction by her son, OLM president Martha Sinoe took to the podium amidst loud cheers. “Unity, services and accountability shall be the guiding principles for our administration,” she declared. In the transition to a non-profit organization, her administration has set up a leadership team of committees to achieve the goals of the organization which have changed since its inception as a student organization in 1973.  She expressed her pride in being part of an organization that has provided Liberians with a means to get together and re-live their culture in a foreign land.  However she admitted that Liberians in Minnesota face many challenges, which have grown and become more complex in recent years.

Among these challenges are Liberian youth without education suddenly thrown in an education system that does not understand their needs. The problem is compounded by the fact that their parents are working two to three jobs and not able to have time to raise their children. Another pressing concern is the Temporary Immigration Status of many Liberians. Through the immigration committee, Mrs. Sinoe hopes that OLM will be able to influence policy issues on immigration. Mrs. Sinoe said that in its new structure, OLM will be better equipped to improve capacity and provide services for the community.

Apart from a redefined structure, she hopes that OLM will have a Community Cultural Center in two years. She is working with other African groups that have community centers to see that she meets this goal. The organization through the efforts of US Senator, Mark Dayton, received federal funding totaling $250,000 in the FY2005 Omnibus Appropriations Bill to go towards the center. Above all, she asked for increased support for the Liberian community because as president she can not do much without the support of the people. “Only together we can make a difference,” she said.

Also present to congratulate Mrs. Sinoe on her election as OLM president was the mayor of Brooklyn Center, Myrna Kragness, who also happens to be the first female mayor of the city and a large delegation of various members and officials from the Union of Liberian Association in the Americas (ULAA), which is the umbrella group of the various Liberian organization in the Americas.

ULAA’s President Mr. Arthur Watson remarked that this was the largest delegation of ULAA officials he had seen at any chapter’s inauguration ball and noted its implication on the optimism and increasing support for gender inclusiveness in decision-making.

He noted that challenges faced by Liberians in Minnesota were the same for Liberians all over the U.S and stressed the importance of presenting a united front when lobbying congress. “It is challenging when Liberians attack immigration from different fronts, everyone needs to join one battle,” he concluded.

By midnight the audience having eaten well and listened to the words of their leaders, were ready to get their groove on. Mr. and Mrs. Sinoe led the Grand Ball March and the crowd danced to African tunes until the wee hours of the morning.

Visit the Picture Gallery for pictures from the inaugural dinner and ball.