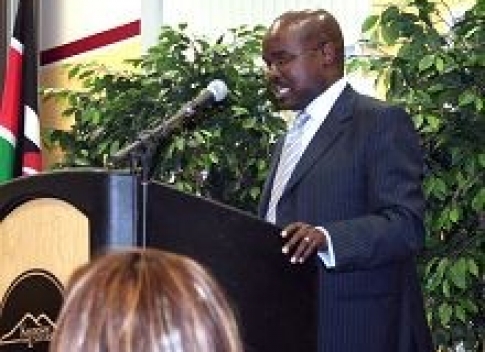 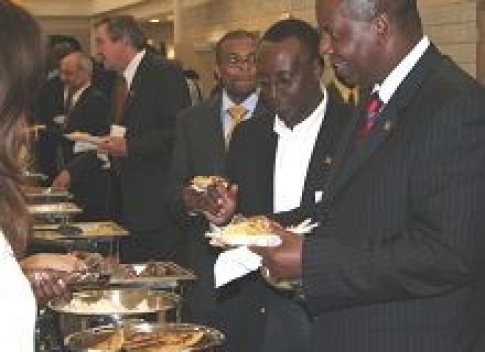 ATLANTA – African immigrants around the world should not expect foreigners to tackle the problems of their continent, a Malawi-born distinguished historian and advocate of African-centered solutions to the continent’s challenges said here today.

Dr. Paul Tiyambe Zeleza, a professor of history and Chair of the Department of African American Studies at the University of Illinois at Chicago told a group of Kenyan leaders and professionals that people from other continents were busy addressing their own concerns. Zeleza was speaking at “The Role of the Kenyan Diaspora in Kenya’s Development” convention at Kennesaw State University.

“We can sit down and watch while Africa is molested by ruthless and racist policies of exploitation,” Zeleza said. “Or we can gang up against poverty that threatens our continent.”

Citing the fight against Apartheid in South Africa as an example, Zeleza said the African Diaspora has proved in the past that it is capable of uniting for a common cause.

“The Diaspora must defend Africa,” he said. “It constitutes Africa’s eyes and ears and it should serve as the continent’s mediator to the rest of the world.

Zeleza urged Africans abroad to use their financial power to influence the governing of their countries.

By sending money home Africans are already making an impact in the continent’s economy. Last year in Kenya, for instance, the government was able to fund the budget with 93 percent of locally generated revenues. Ten percent of that was money generated by sales taxes or dues from small businesses started by capital from remittances.

The idea of money from abroad fueling an economy is not new, but has been brought to light in Kenya since 2002 when President Mwai Kibaki took power. His government’s vigilant record keeping and establishment of a more effective taxation system was instrumental.

Although the Diaspora’s impact on the Africa’s development has been positive, there was great room for improvement, Zeleza said. Sub-Saharan Africa accounts for only 8 percent of remittances by immigrants worldwide, he said, while Asia leads with 32 percent.

African governments should also do their part in motivating the Diaspora to aid the economy by addressing political concerns of their citizens living abroad, Zeleza said.

“It would be unfair for governments to court the Diaspora financially while shunning it politically,” he said.

Zeleza was referring to Kenya’s unwillingness to honor dual citizenship. Currently, a Kenyan immigrants taking the citizenship of a foreign country legally ceases to be Kenyan.

The standing ovation at the end of Zeleza’s speech was testimony that most in the hall agreed with him. Joy Kaimuri, a Kenyan graphic designer and resident of Atlanta said Zeleza made “very interesting points.”

“We have to take ourselves very seriously,” she said. “If we don’t stand up for ourselves, who will?”

John Mwangi of Auburn, Ala., agreed.

“Our problem is that we segregate ourselves,” Mwangi said. “We have to come together and form a strong alliance for a strong voice.”