Home News The Woman Who Would Be President 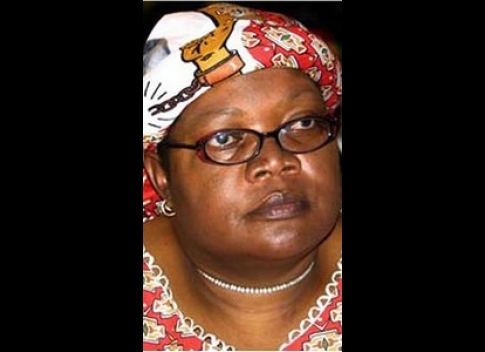 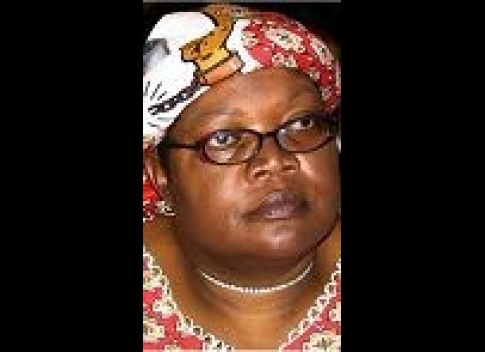 At the moment, the odds seem stacked against her. But her ascension to Zimbabwe’s highest office cannot be ruled out. In fact, many ruling party insiders still consider her to be very much in the running to succeed President Robert Mugabe.

Until recently, Joyce Mujuru, 52, enjoyed Mugabe’s personal support and appeared to be his obvious choice for successor. Mugabe even risked splitting his party in 2005 after handpicking Mujuru to fill the deputy president post left vacant by the death of Simon Muzenda.

This came at the expense of Emmerson Mnangagwa, who had the most support for the job. Soon after, Mugabe all but confirmed his choice of Mujuru as successor, telling her at a public rally not to confine herself to being deputy but to "aim higher".

The tables turned on Mujuru when she and her powerful husband, the former Zimbabwe army commander, Solomon Mujuru, grew too impatient to become Zimbabwe’s next first family. They successfully lobbied the party to block Mugabe’s plans to extend his rule until 2010 by postponing next year’s presidential elections.
They also incensed Mugabe by their alleged involvement in a book by the former Zanu-PF secretary-general Edgar Tekere, which questioned Mugabe’s role in the liberation struggle.

Facing severe internal resistance, a furious Mugabe dropped plans to stay in power until 2010 but then announced he would make himself available as the party’s presidential candidate next year. He excoriated Joyce Mujuru in a state television interview for backing internal party dissent and said she had ruined
her chances of succeeding him.

At a central committee meeting in March, Mugabe’s candidature was railroaded by his supporters, led by secretary for the commissariat Elliot Manyika, and little debate was allowed.

But the Mujurus struck back. They managed to force the convening of a special congress later this year at which the ruling party would have to formally endorse Mugabe’s candidature.

This they achieved despite the argument by Mugabe’s supporters that he was elected as party leader at the 2005 congress and that this mandate allowed him to stand on behalf of the party without the endorsement of a special congress.

Party insiders said the Mujurus certainly haven’t given up. They are now involved in serious maneuvering to block Mugabe’s endorsement at the special congress.

"They have lost a battle, but they think they haven’t lost the war yet," said a party insider who preferred anonymity.

If the Mujurus manage to turn the tables and to block Mugabe’s endorsement, then Joyce Mujuru’s candidature is all but guaranteed. If they fail, the Mujurus still command enough support and financial resources to secure the presidency at some time in the future when the 83-year-old Mugabe eventually goes.

"Either way we are faced with the reality of a Mujuru presidency," said political observer Simon Mushayavanhu.

The big question is: will they be an improvement on Mugabe or actually be worse? Mujuru’s husband, Solomon, wants her to occupy the top seat so that he can be the power behind the throne and consolidate his vast, controversial business empire. The Mujurus got married in the liberation struggle and at the tender age of 25, at independence in 1980, Joyce Mujuru became Mugabe’s youngest cabinet minister, despite being barely literate. She has since educated herself through correspondence courses and recently earned a degree at a small university for women in Marondera.

It is Mujuru’s tough talking and her controversial business dealings with her husband that sends cold shivers down the spines of many. On occasion Mujuru has far outdone Mugabe’s confrontational and divisive rhetoric. In the liberation struggle, she gave herself the nom de guerre, Teurai Ropa, which means "spill
blood". She has boasted how as a young woman during the war she grabbed an AK-47 rifle from a dying guerrilla fighter and single-handedly shot down and destroyed a Rhodesian Air Force helicopter, killing all aboard. Her claim has never been independently verified by anyone who fought alongside her in the liberation war.

When violent land seizures began in 2000, Mujuru kept to the spirit of her nom de guerre by urging Zimbabweans not to hesitate to "spill the blood of white farmers" to recapture their land heritage. She is said to have personally led several land invasions and threatened families with death unless they vacated their properties. At a time when Zimbabwe needs a conciliator, she seems to represent the opposite.

Her husband Solomon had no qualms in invading and seizing Guy Watson-Smith’s 4, 500 hectare farm south of Harare and then selling off equipment on the farm. The High Court declared Mujuru’s occupation of the farm and subsequent disposal of equipment worth more than R2 million illegal. But Solomon Mujuru has remained on the farm since 2001 and Watson-Smith has given up on ever getting his farm back. Reports have suggested that the Mujurus control more than 30 farms between them.

They have been linked to corruption and looting wrangles at the Zimbabwe Iron and Steel Company (Zisco) and in serious irregularities in Solomon Mujuru’s acquisition of Zimbabwe’s only diamond mine. They have also been accused of involvement in shady foreign currency dealings. In fact, when they fell out with Mugabe, the president indirectly accused the Mujurus of smuggling diamonds.

The conventional wisdom in Zimbabwe now is that anyone who succeeds Mugabe cannot but do better. But judging by the caliber of the candidates in the succession race, this is by no means guaranteed. It is a sad measure of the rot in Zimbabwean society that the Mujurus are still contenders for succession at a
time when the country needs a serious renewal of leadership.