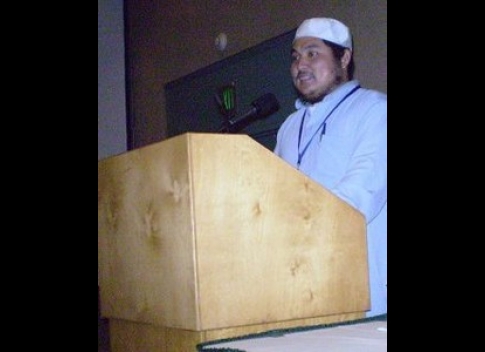 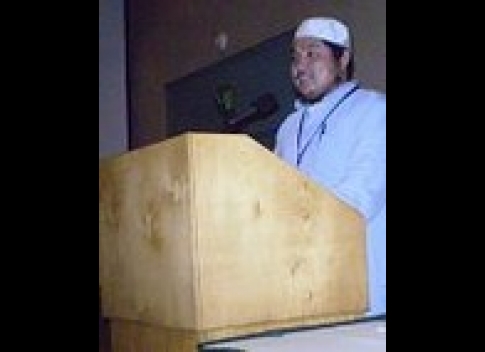 MINNEAPOLIS – Teachers of Islam should refrain from actions that go against the teachings of Prophet Muhammad in order to keep the faith of their flock strong, Islamic scholars said at a Minnesota conference held during the Labor Day weekend.

Sheikh Abdilbary Yahya, a leading scholar and the Imam of the Seattle Mosque in Washington state, told hundreds of Muslims who attended the seventh annual Islamic conference at the Minneapolis Convention Center that Muslim teachers especially have the call to propagate with humility the message of Allah to others.

Sheikh Yahya said it was incumbent upon Muslims who wish to teach the religion of Allah to emulate the Prophet’s way characterized by love and wisdom.

He said Prophet Muhammad was a successful teacher because he showed respect and love for his students. He was kind, showed humility, was merciful, desired best results from his listeners, used wisdom in his messages and did not scold or cane anyone, but treated everyone as “best friend [and] companion.”

To prove his point about the Prophet’s humble character, the scholar told the audience a story.

“At one time a Bedouin walked into the Mosque of the prophet and [urinated] inside the prayer mosque on the wall,” Sheikh Yahya said. “The prophet’s companions were furious and wanted to be physical with him, but the prophet asked them to calm down and, ‘Let the visitor finish his business.’ The prophet explained to his companions that the Bedouin was used to the nomadic desert culture where ‘every corner place is a bathroom, therefore he should be guided wisely without demonizing him.’”

The scholar said the way of the Prophet is the role model for Muslims, and that teachers of Islam should replicate the Prophet in order to be effective in their transmission of religious and other useful knowledge to their students.

In his lecture, Sheikh Yahya described Prophet Muhammad as a teacher like no other, as his audience gave big smiles of appreciation.

Another leading Islamic scholar, Sheikh Hamdy El-Sawaf of Minnesota warned that if Muslims do not obey the guidance of Allah on matrimonial matters, the marriage institution would collapse leading to adverse consequences such as poor parenting and the disintegration of families.

Sheikh El-Sawaf, who has counseled many Muslim married couples, said available statistics in America today show that approximated 50 percent of all contracted marriages end in divorce. He said the emerging trend was troubling and Muslims, who have clear guidelines from Allah’s laws on how matrimonial and family relations can be sustained, should adhere to their religious teachings to maintain strong family ties.

“If you wish to drive in American roads, you must follow the traffic code,” he said. “Why do Muslim spouses fail to obey the clear laws from God to have healthy relationships?”

Sheikh El-Sawaf said Muslims when choosing their partners should use the criterion of the level of righteousness of their intended spouses as the measuring scale. He said that although other considerations like beauty, wealth and good family ties may have merit, such yardsticks must be treated as deen, secondary to religious faith.

The scholar decried domestic abuse among couples, physical and psychological, which he said was against Islam. He lashed at husbands who abandoned their families and turned alcoholics or worked many jobs to the extent of having little time for their spouses and children.

“A husband and father is not just an image,” he said. “He has to be real. He should give attention to his wife and must be a role model for his children.”

Sheikh El-Sawaf said the Islamic Holy Book, the Qur’an, and the teachings of Prophet Muhammad define in clear terms the husband and wife reciprocal roles and responsibilities to each other.

The teachings of the Prophet call for true love and compassion among married couples and mandate couples to control their anger that might lead to fights, he said.

“If you become angry while standing, take a chair and sit down, and if your anger is still high, lie down in bed; and if this does not restore your calm composure, cleanse your body with water (udhuu),” he said.

Sheikh El-Sawaf discouraged the prevailing mood by many couples to demand divorce at the slightest misunderstanding.

Although Islam permits divorce under extreme cases of incompatibility, the teachings of the Islamic faith point to the reality that of all the lawful things that Allah has permitted, divorce is the one thing that annoys him most. It is said that it literally sends tremors to His throne when executed by married couples.

The theme of this year’s Annual Islamic Conference was “Correcting the pathway for reaching the goal” and Sheikh El-Sawaf advised Muslims to take the first steps in correcting their ways inside their families. He said the way to go about it was to strictly adhere to the guidance of Allah on how to raise successful families.

Hundreds of participants traveled from as far as Canada and other U.S. for the conference. Sheikh Abdirahman Omar, Imam of Minneapolis’ Abuubakar As-Saddique Mosque and president of the Council of Imams, said he hoped the conference would raise the level of faith for all participants.

The Abuubakar Islamic Center has been engaged in the teaching of Islam (daa’wa) for over a decade now and has been responsible for building Islamic institutions that have enabled Muslims practice their faith and understand how best to raise their children.