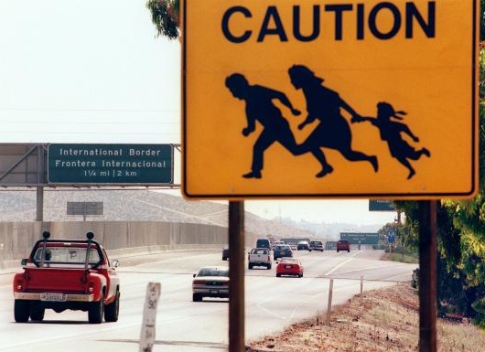 Many people may believe that if they are traveling domestically inside the United States, they cannot be questioned about their immigration status. Unfortunately, this is not entirely true. Indeed, in Upstate New York, an alarming number of noncitizens who are out of status and encountered by the U.S. Border Patrol aboard buses and trains from New York City have been arrested, detained and placed in removal proceedings. Those who are not carrying proper immigration documentation with them, such as a “green card” or a passport and I-94 card, may be delayed and subjected to a humiliating interrogation while officials investigate whether they are in fact in status. Amtrak and Greyhound provide no warning to their passengers that they may be subject to such inspections by immigration authorities.

It is clear that when a person is seeking to enter the United States at a border point, or a port-of-entry as immigration law refers to it, Customs and Border Protection (CBP) officers can request a passport and a visa, if required, or other appropriate identification, and can inquire in detail about the reason why one wants to come into the country. Therefore, there are very few rights at the border. The Government is authorized to question individuals to determine whether they have a legitimate right to enter or remain in the U.S. This is called the inspection process.

However, this process is not just limited to the physical border. There is a provision in the immigration law that treats a distance of up to 100 miles from an international border as its “functional equivalent.” This allows Border Patrol and other immigration officials to enter and search vessels, buses, trains, and vehicles traveling inside the U.S. to determine whether those aboard are legally in the country. These searches extend to train and bus stations, and even airports which have no international flights. Recently, the American Civil Liberties Union (ACLU) issued a fact sheet on the “Constitution-Free Zone,:” this area 100 miles from an international border, including the U.S. coastline. The organization calculates that 197.4 million people live in this zone.

In Upstate New York, the Border Patrol has generally extended its power to stop and question within the “functional equivalent of the border” to only 25 miles from the physical border. Nonetheless, since 400 miles of New York State borders Canada, this still means that all major Upstate cities, including Buffalo, Rochester, Syracuse and Albany, are within Border Patrol’s jurisdiction. Moreover, these four cities lie along Interstate 90, a major pathway for buses and trains from New York City to points westward, such as Cleveland, Detroit and Chicago and onward.

The “functional equivalent of the border” rule gives immigration authorities broad powers to conduct transportation checks farther from the actual border in order to stop and question people about their immigration status, as well as to establish checkpoints inside the U.S. However, this does not mean that one gives up all of his or her rights. The Fourth Amendment of the United States Constitution protects people from unreasonable searches and seizures by law enforcement. Therefore, a law enforcement officer must have a search warrant or the consent of an occupant to enter a dwelling. Similarly, outside of a checkpoint, immigration officials must have a reasonable suspicion that a U.S. immigration law has been violated in order to stop a car, as well as probable cause or a warrant to search the car. It is also very important for individuals to know that, if stopped by Border Patrol at a bus or a train station or at an airport, even within the area known as the “functional equivalent” of the border, they still have the right to remain silent and may refuse to respond and walk away.

Since 9/11, given the concern that terrorists might enter the United States from Canada, there has been a steady increase in agents conducting checks along the Northern border. While in 2001 only 340 immigration agents were assigned to this border, by next year, there will be 1800. These agents are aggressively patrolling the region: they board buses, trains and ferries to question people about their status in the U.S. and they operate undercover in area’s airports as well. Although it has publicly denied doing so, immigrant advocates express concern that the Border Patrol is engaging in racial profiling during its transportation checks to determine who is not a U.S. citizen.

While civil rights organizations like the ACLU justifiably view the transportation checks as a broad and illegitimate expansion of law enforcement’s authority to protect U.S. borders, there have been no legal challenges of the law to date. For individuals caught up in the dragnet, nonetheless, the consequences are severe.

Sophie Feal is the Supervising Immigration Attorney at the Erie County Bar Association Volunteer Lawyers Project, Inc. in Buffalo, NY. She is a member of the Detention Watch Network, a national coalition working to reform the U.S. immigration detention and deportation system.