Home News What really happened at the “Hotel Rwanda?” 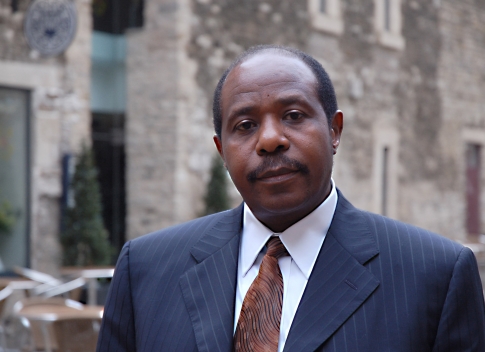 Birmingham, Al– Paul Rusesabagina, the man whose account of the 1994 Rwanda genocide is recounted in the movie “Hotel Rwanda”, came under fire this month during a lecture he was giving at the Birmingham-Southern College. Rusesabagina is doing a world tour to promote his autobiography, “An Ordinary Man”.

Prior to the speaker’s scheduled appearance, Grace Balinda and her brother Daniel from Rwanda sent a mass e-mail to the college community calling Rusesabagina a “heartless impostor”. They said that he was taking advantage of horrible situations to do business and earn a living.

Rusesabagina was a manager at the luxurious Hotel Milles Collines during the genocide, where he claims to have housed more than a thousand Tutsi refugees hiding from Hutu militiamen. Hotel Milles Collines became famous during the Rwandan 1994 genocide when close to 1000 people sought refuge at the hotel. According to Rusesabagina, he protected theses refugees through diplomacy and by bribing their would-be killers with expensive cognac. Rusesabagina recounted an episode where militiamen tried to take over his hotel. After two hours of negotiations, he was let go, but had to pay the men who had held him.

Several people at the event, however, questioned Rusesabagina’s account of the events that unfolded during that time.

Gatsinzi Basaninyenzi, another Rwandese national, drove about 75 miles with other family members to attend the lecture. He said it was painful for him to listen to the speaker make distortions about the cause of genocide in Rwanda. He also challenged a section in Rusesabagina’s book predicting that another episode of genocide was inevitable in the region.

“Sir, do you really believe that there is a justification for genocide?” he asked.

Vince Gawronski, an associate professor of political science at the college and the session moderator said he was not impressed by Rusesabagina’s lecture. He said he was especially perturbed by the author’s inability to answer legitimate questions raised by the audience.

“His version of events is a bit different than that portrayed in the academic literature,” he said. “For one, the Hotel Milles Collines was under UN protection the entire time he was ‘saving’ Rwandans” he continued further casting doubt on Rusesabagina’s credibility.

Rusesabagina refuted claims that he charged people to take shelter at the hotel. He also rebutted concerns that he was a genocidaire, saying that the Rwandan government had rewarded certain people to make those claims.

Paul Rusesabagina currently lives in Belgium on exile. According to the United Nations estimates, about 800,000 people died in the course of a hundred days in Rwanda in 1994.

Dorcas Komo is Mshale's correspondent in the Southern states of the U.S.