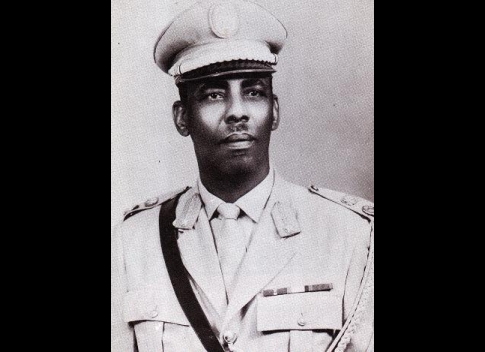 People outside the Horn of Africa see Somalia as one country united by one language, one religion and perhaps one culture. To the contrary, clan friction and rivalry have made this country ungovernable since the fall of President Siad Barre in 1991 and widespread civil war has replaced good governance.

As we say good bye to 2008, the Transitional Federal Government led by President Abdullahi Yusuf Ahmed comes to a dead end as the Ethiopian military forces that protected it were preparing to leave. Somalia’s neighbors: Djibouti, Kenya, Yemen and Ethiopia see power shifting more into the hands of the Islamic Courts Union and Al-Shabab ushering in the establishment of an Islamic State in the region.

With the failed state and the chaotic situation on the Somalia coast, armed clan gangs engaged in sea pirating of sea vessels carrying both cargo and humanitarian assistance to the troubled country and the hinterland have emerged. The international community is worried as they see this part of the world as a “hot” spot that will lead to an inevitable humanitarian catastrophe.

The first President of the Somali Republic was Aden Abdullah Osman Daar and his Prime Minister was Abdirashid Ali Shermarke. The latter became President from 1967 – 1969. The fragile union faced inter-clan rivalry with many clans grumbling that they had been dragged into the union by force.

President Shermarke was assassinated in 1969 and a military coup led by General Siad Barre and Chief of Police Jama Korshel took over with the two coup leaders assuming the posts of President and Vice President respectively.

A dictatorship and one party rule ensued through the founding of the Somali Revolutionary Socialist Party in 1976 that remained in power until its overthrow in 1991. It took the combined armed revolt of the Somali Salvation Democratic Front, United Somali Congress, Somali National Movement, and the Somali Patriotic Movement joining hands with non-violent political opposition groups to topple the dictatorship.

The year 1991 marked the watershed of Somali politics when Siad Barre was ousted by combined northern and southern clan forces backed by Ethiopia. Amid this chaos, Somaliland to the north declared her independence in May 1991 and although peaceful and stable, has not gained recognition from any foreign government.

In the turmoil that ensued, Mohamed Farrah Aidid was killed in 1996.

There have been endless conflicts between rival clans bordering on civil war since the death of Farrah Aidid. The Harti and Tanade clans moved on to declare self-governing state in the northeast calling itself Puntland. Then Southwestern Somalia comprising Bay, Bakool, Jubbada Dhexe, Gedo, Shabeellaha Hoose and Jubbahda Hoose declared an autonomous state. Their army, the Rahanweyn Resistance Army, produced Shatigadud as Finance Minister and Chairman of the Rahanwein Traditional Elders’ Court based in Baidoa.

In 2006, the state of Jubaland consisting of parts of Gedo, Jubbada Dhexe, and Jubbada Hoose declared regional autonomy. Barre Adam Shire Hiiraale, chairman of the Juba Valley Alliance in Central Somalia became the most notable leader. Like Puntland, they sought some kind of federal autonomy.

Subsequently, the battle for Mogadishu of 2006 brought forth the Islamic Courts Union, currently the predominant force in the country. Its militia clashed with the Alliance for the Restoration of Peace and Counter-Terrorism seeking to establish Sharia Law in Somalia.

The Islamic Courts Union accused the U.S. of funding the warlords through the Central Intelligence Agency and supplying them with arms. The Ethiopian-supported Transitional Federal Government was later joined by the East African Peacekeeping force from Uganda and Burundi but continued to face fierce opposition from the Islamic militia. The Islamic Courts Union objected to the presence of foreign troops in Somalia, especially those from Ethiopia following their imperial history of occupying and annexing Ogaden.

On January 9, 2007 the United States sent Lockheed AC-130 gunships to attack Islamic positions in Ras Kamboni that became their stronghold after they had abandoned Kismayo. The U.S. was assisting the Transitional Government to dominate the Islamic Courts fearful of another Islamic nation in the region.

Somalia today is a sandwich of so many clan-strongholds. With President Abdullahi Yusuf Ahmed resigning from the Interim Transitional Federal Government and the withdrawal of Ethiopian forces, full scale civil war among the competing clans is bound to dominate the scene in 2009.

Somalia has been a failed state for two decades now. The only hope for the future lies in the prospect of the Islamic Courts Union using the country’s common denominator of religion to unite the clans and establish an Islamic state in Somalia. Foreign intervention has produced poor results and the way forward is to accept the reality that all clan leaders can best be rallied under the umbrella of a common religion to broker a power-sharing agreement.

So much wanton blood has been split in Somalia since conflict started in 1991. The displaced Somalis now scattered in every corner of the world are home sick if only they could be assured of a united peaceful country devoid of war.