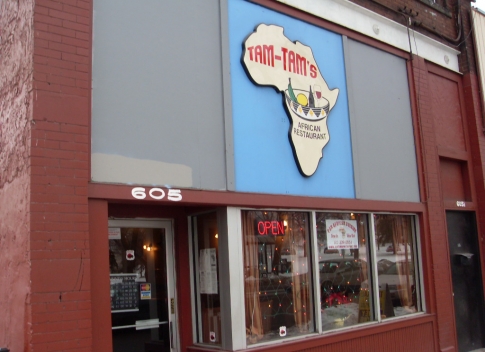 Every new year presents the opportunity for considered renewal, shedding our old coats, sporting new ones. This one should be no different even if it starts with particular difficulties.

The continuing recession has left few unaffected, from large industries with global reach to our families and friends. Mshale will walk with you through the trying times, over the next several months, comforting our readership in the knowledge that you are not alone in your struggles and documenting your stories of courage and resilience.

We begin this month, with a small business in Minneapolis whose owner is seeking creative ways to save money and attract customers to its tables—Tam Tam Restaurant.  (Read story here)

In the months to come, we will continue profiling other such businesses and talking to professionals under immense pressure. We will talk to nurses and nursing assistants; people in professions that are traditionally considered recession-free, but whose jobs are now under threat.

In addition, as malls across the country are struggling to make sales, in Brooklyn Center, an increasingly diverse city, many African immigrants working in the malls are losing their jobs.

Last year, this country declared in a historic election that a man of mixed race (encompassing all that is American) with “an exotic” name should be its President. In a few weeks he will be sworn into office as the 44th president of the US, his long-awaited presidency the fulfillment of the hope of millions in this and several countries around the world. Anxiously they wait, hoping that the promises he made during the two-year-long campaign will come to fruit.

This wait is however tempered with reality. The world has changed much since Barack Obama stood up to declare he was running for office. Turmoil in the Middle East, a global crisis of confidence in the financial markets and a drastic slowdown in economic growth have lit up fires so great it will take great resources and political will to deal with them.

Still there is hope. The spirits of our readers, many of whom have already conquered the greatest obstacles, as immigrants, to achieve what you have in your lives thus far remains alive. The collective will, so visible in the organization and mobilization for the campaigns earlier this year and in our efforts at solving community-specific problems across America will be called upon for a united defense of our families, our hopes and dreams.

Stubbornly, in the face of all these, the spirit that rang across the country declaring its refusal to bow down and submit to the old, to the fears, faces the challenges of this year head on, and declares Yes We Can.

Mshale promises to walk with you, and help bring you together for a Happy New Year.