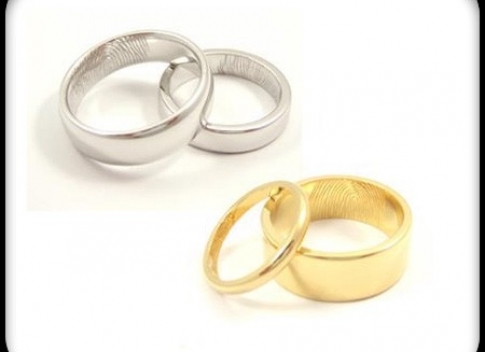 Filing a FORM I-360: The Violence Against Women Act Self-petition

An estimated 1.3 million women in the United States fall victim to physical assault by an intimate partner each year.  More than twice that number suffers verbal and emotional abuse annually.  Although an increasing number of men are subjected to abuse, a U.S. Department of Justices study approximates that 89% of all assaults on spouses or ex-spouses is perpetuated on women by their male partners.  A notable percentage of assaults are committed against foreign national women by their U.S. citizen or Lawful Permanent Resident (LPR) spouses.

Real, loving relationships can and do exist between foreign nationals and U.S. citizens or LPRs. But in many cases, domestic abuse results when a citizen of a poor, developing country who desires to improve her living standards marries a citizen of a developed country who wants absolute control of his partner. Mail-order brides (and in some cases, mail-order husbands) who express their desire for an international marriage and publish their names, photos, profiles and contact information in hard copy brochures and Internet-based catalogues aimed at prospective spouses are particularly vulnerable. The majority of mail-order brides hail from Eastern Europe (Russia, Ukraine and Moldova) and Southeast Asia (the Philippines, Thailand and Malaysia). The United States is one of the top nations to receive mail-order brides.

In January 2006, the Bush Administration signed into law the International Marriage Broker Regulation Act, as part of the reauthorization of the Violence Against Women Act (VAWA), to help protect foreign nationals who enter into marriages with U.S. citizens through international marriage brokers. One key provision is that the marriage broker must conduct a background check on their clients and inform the prospective foreign spouse of the prospective U.S. spouse’s criminal history.  While this law helps protect mail-order brides, it does nothing for foreign nationals who meet their U.S. citizen or LPR spouses through other means.  Thus, foreign nationals who do not use the mail-order bride industry to find their American spouses could be just as vulnerable to abuse as those who do.

There are multiple factors contributing to the vulnerability of foreign national fiancées and spouses to domestic abuse. When a foreign national with limited resources relocates to the United States to marry or live with her American partner, she becomes entirely or mostly dependent on the partner to continue her lawful presence in the country. The dependent nature of the relationship makes foreign nationals prime targets for domestic abuse. They often do not report domestic abuse to the police for fear that they will be deported or that the legal system will not protect them if they lack immigrant status.  Many victims suffer in silence and stay in the marriage because they feel trapped and unable to leave for fear of physical harm, making the abuser angrier, living alone or being alone, losing their children, and facing financial problems without the abuser’s aid.

In a typical situation, a U.S. citizen (but not an LPR) may file a Form I-129F (K-1) visa petition for his fiancée to come to the United States. After she enters the United States, he then marries her within 90 days and she files a Form I-485 application to adjust to lawful permanent resident status.

If the couple is already married, the U.S. citizen or LPR may file the Form I-130 petition regardless of whether the foreign national is overseas or is in the United States, so she may begin the immigration process.

But what happens when the American marries the foreign national, subjects her to domestic abuse, and refuses to file the I-130 petition or assist her with the immigration process?

Recognizing the existence of this problem, Congress enacted VAWA in 1994 to permit non-citizen survivors of domestic abuse to attain immigrant status without their spouses’ assistance and without their spouses’ knowledge.  The law is not gender-specific and protects both men and women in any abusive relationship.

To commence a VAWA self-petition, the foreign national must file a Form I-360, Petition for Amerasian, Widow(er), or Special Immigrant and all supporting documents with the United States Citizenship and Immigration Services (USCIS).  The applicant must show that she meets all of the following requirements to qualify for VAWA protection:

The USCIS reviews the Form I-360 and all the necessary documents upon receipt and then makes an initial determination of eligibility.  If the applicant meets the basic eligibility requirements, the USCIS will then issue a Notice of Prima Facie Determination. Although the notice does not necessarily mean the USCIS will approve the petition, it provides several advantages, including allowing the applicant to obtain public benefits from state and/or federal agencies while the petition remains undecided.  Once the I-360 petition is approved, the applicant may file to adjust to lawful permanent resident status as long as an immigrant visa number is immediately available.

While many marriages between foreign nationals and Americans are bona fide, some are exploitative and abusive. Under VAWA, eligible foreign national spouses do not have to put up with domestic violence, ranging from physical assault to psychological manipulation, simply because they fear deportation. Instead, they may file their self-petitions to become lawful permanent residents as victims of battery and extreme cruelty inflicted by their spouses.

Nothing in this article should be taken as legal advice for an individual case or situation. The information is intended to be general and should not be relied upon for any specific situation. For legal advice, consult an attorney experienced in immigration law.

Igbanugo Partners Int'l Law Firm is based in Minneapolis, Minnesota. It focuses on (1) U.S. immigration law and (2) international trade law in Sub-Saharan Africa.