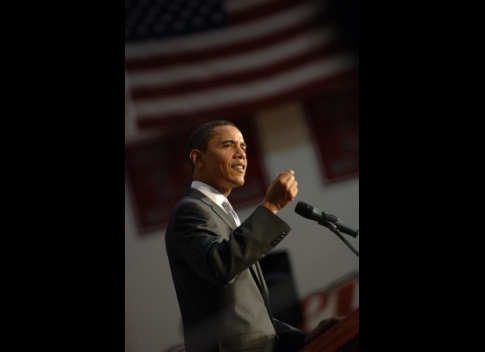 For many Americans, the ascent of President-elect Barack Obama is symbolic of America’s improving race relations. Africans in the Diaspora find more to celebrate: Obama’s father’s African ancestry.

ADC first started out campaigning for Obama. Following his winning the elections in the November 2006 elections, the group shifted its focus to “affect change through education, empowerment and engagement of the next generation of leaders.”

ADC’s members who live all over the US will convene in Washington DC for the historic Obama inauguration where they have planned a series of events.

The events planned include the African Diaspora Inaugural Ball on Sunday January 18, 2009 at the Harman Center for the Arts with the theme, “I Am the Change: Educating, Empowering and Engaging the Next Generation of Leaders.”

The theme of the event focuses on the importance of investing in the education and empowerment of America’s and Africa’s next generation of leaders—a key message of the Obama administration.

This celebration marks the victory of President-Elect Barack Obama with the performance of Grammy-nominated artists, Les Nubians, a special guest appearance by Grammy Award-winning artist, Angelique Kidjo, and winner of the 2006 Radio France International Award, BELO.

The Inaugural Ball will benefit the Batonga Foundation, an organization founded by Angelique Kidjo which gives girls a secondary and higher education so they can take the lead in changing Africa; and First Book, a nonprofit which distributes new books to children in low-income communities throughout the United States and Canada. First Book will partner with ADC to donate and distribute 44,000 books (in honor of the 44th President of the United States) to support literacy in Africa and America.

To learn more about ADC visit their website here. And for additional information contact Adriane Alfred at 202.246.5749 or adriane.alfred@gmail.com