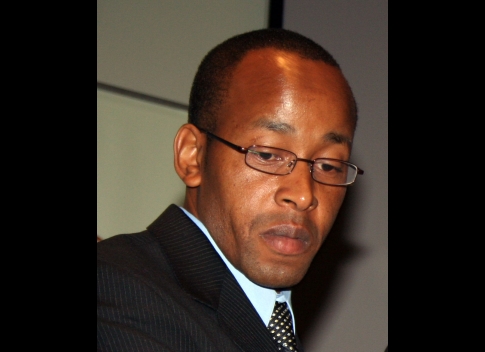 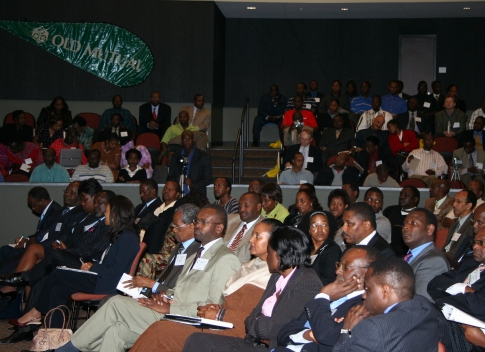 Corporate leaders, civil sevice leaders and investors will convene on August 20 in Atlanta for the second Kenyan diaspora international conference and investment forum. Kennesaw State university will again be the conference’s host for the second time. Leaders of academia from kenya’s leading institutions of learning such as Kenyatta University and Strathmore university will be in attendance and are listed as speakers.

According to The chairperson of the organizing committee, Kihumba Ndiritu, this year’s theme will be “Building a Knowledge Based Economy in Kenya and the role of the Diaspora”. Among the dignitaries expected to attend are Kenya’s Permanent Secretary for Information and Communication, Bitange Ndemo and the CEO of East Africa’s leading wireless phone company Michael Joseph of Safaricom. Dr. Ndemo and Mr. Joseph have been instrumental in the landing of the much awaited fibre optic cable in Kenya that connects the entire East African coastline to high speed communciations. Dr. Ndemo is a former diasporan Kenyan having studied and worked for some years in Minnesota. He is an alum of the University of Minnesota.

The conference will also dedicate time for academic presentations and research work on Diaspora populations by internationally acclaimed scholars. Other issues on the agenda include the role of Kenyan Diaspora in developing their country, investing in infrastructure and real estate development in Kenya and engaging the Diaspora populations in a public-private partnership initiative.

Kenya has recently been in the global limelight following the election of the first Black President, Barack Obama. Obama’s father was a Kenyan who travelled to the United States for college and got married to an American woman while here begetting Obama . Last week US Secretary of State Hillary Clinton visited Nairobi on her maiden African tour as Secretary of State and held discussions with the Country’s head of State Mwai Kibaki and Prime Minister Raila Odinga. The two men are leaders of the coalition government currently governing Kenya and had been at loggerheads following a disputed election in 2007 that left close to 2000 Kenyans dead and thousands forced to flee their homes due to violence.

Addressing the African Growth and Opportunity Act (AGOA) forum in Nairobi, Clinton put the two leaders on the spotlight for failing to punish the perpetrators of the post election violence, foot dragging on police and judiciary reforms and the collapse of the much-awaited constitutional review exercise. The AGOA trade agreement signed during the tenure of President Bill Clinton offers opportunity for African traders to export some textile and apparel goods into the United States duty free.

The Atlanta Investment forum is the brainchild of a group of Kenyan professionals in conjunction with the Institute of Global Initiatives at Kennesaw State University who approached the university to host the conference at a time when the university was carrying out research work on Kenya. According to Ndiritu, each year the college has a program called The Year of the Country, and coincidentally it was Kenya’s turn when the group under the banner of Association of Kenyan Professionals in Atlanta (AKPA) received the go-ahead from the administration to hold the conference at the campus.

A look at the names of speakers invited to participate in the forum revealed the composition of crème de la crème in Kenyan Business and Industrial sector. These include Safaricom mobile company’s CEO Michael Joseph who is credited to have guided the company from a subscriber base of fewer than 20,000 to 14,022,262 as of July 22nd 2009, including the launch of many innovative products and services such as M-Pesa since 2000.Others are Investment Secretary Esther Koimett and Kenyatta university Vice-Chancellor Professor Olive Mugenda. Professor Mugenda will be joined by the Dean of the IT faculty at Nairobi’s Strathmore University. Dr. Marwanga is also another former Kenya diasporan and is a recent returnee to Kenya.

An interesting addition to this year’s speaker roster include David Kobia of the famed Ushahidi.com. Ushaidi.com is a communications platform that was developed to map reports of violence in Kenya following the disputed 2007 elections. The open source platform has won awards and has now become a collaborative effort between velunteer developers and designers from Kenya, South Africa, Uganda, Malawi, Ghana, Netherlands and the U.S. according to InfoWorld, a leading industry magazine. Mr. Kobia is the Director of Technology Development at Ushahidi.

The Mshale news team as in the first conference will provide daily updates from the conference site on mshale.com.

Registration information can be found at Kenyaopen4business.com.