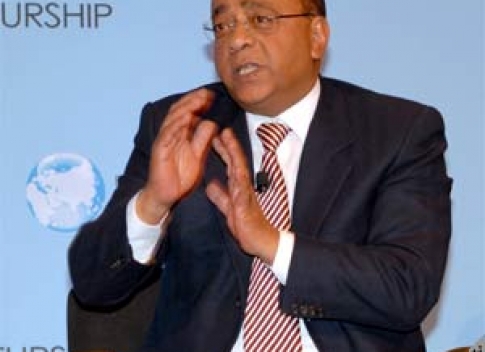 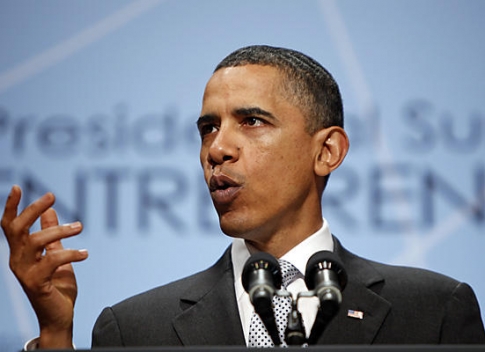 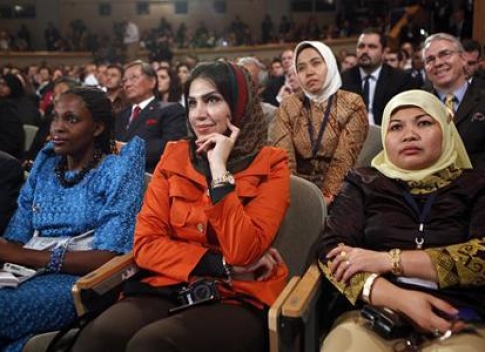 WASHINGTON – Africans and the developing world can learn from the United States’ experience with entrepreneurship, according to Mohamed “Mo” Ibrahim, a Sudanese-born telecommunications magnate.

The United States was built by free-market entrepreneurs, and it is still a country where private-sector business and investment are nourished to stimulate long-term economic growth and development free from heavy government interference, Ibrahim said at the Fourth Annual U.S.-Africa Infrastructure Conference in Washington on April 29.

The April 27-29 conference was hosted by the Corporate Council on Africa and focused on sectors in need of U.S. investment, including information and communication technology, alternative energy, civil aviation, roads and ports.

“It is time for the developing countries … to learn from the American experience,” Ibrahim said. “American entrepreneurs are ready to go out and risk it, not afraid of failure and have a go” at starting a business.

“Yes, one in 10, two in 10 succeeds. Wonderful. Most of the new jobs in this country are created by small business, by companies who are four or five years old. That is wonderful. In a world where half the population is young … how are you going to get jobs for all of those young people? We really need to get moving and encourage the younger generation to take risk, go out there, build businesses and create the environment to do that.”

The telecom magnate, who is now president of the Mo Ibrahim Foundation, founded Celtel in 1998 to build and operate mobile networks in Africa. Celtel became one of Africa’s most successful companies, with operations in 16 countries. He sold Celtel to MTC Kuwait in 2005 for $3.4 billion.

Ibrahim called the Presidential Summit on Entrepreneurship, which he attended earlier in the week, “a wonderful conference, a great initiative.”

Ibrahim said Africa and the developing world can learn much from fellow entrepreneurs, but in the end, “the job is ours to get done.”

“It is our governments which need to look at ways to aid business instead of how to restrict business,” he said. “In many of our countries, our governments are obsessed with control. They love to control everything.”

“Whatever stage of [business] you want to do, there is always red tape, papers and then you have to sign [documents]. … People try to find a way to stop you doing anything. Honestly. I am not joking. It is terrible. It is very difficult to hire or fire people. … That is why many businesses shun the formal economy” in Africa and the developing world and turn to the informal sector, he said.

But, he said, that needs to change, and business needs to be brought into the formal economy.  For that to happen, governments need to create conditions to foster and enhance private-sector businesses, “instead of pushing people out” into the shadows.

Access to capital is always a problem, he added, especially in the developing world. Most jobs are created by entrepreneurs at the $50,000 to $500,000 level of investment.  But this segment is not well-served in the developing world even though there are often many investors willing to finance larger multimillion dollar projects.

Ibrahim said the use of angel investment networks (where entrepreneurs pool their capital and loan it to each other) and assistance from diaspora networks are also useful for entrepreneurs. “Our brothers and sisters, who come here [to the United States] and manage to build some small capital, can help people to start businesses … back in Africa.”

Speaking directly to the African diaspora, Ibrahim said, “Please do not forget about the African inside you. … Don’t forget your people.”

Ibrahim said entrepreneurs and infrastructure are both essential ingredients to move Africa forward.  Regional integration is also important, he stressed.

Trade among African countries amounts to only 8 percent of all African trade, he told his audience. ”It seems we go out of our way in Africa not to trade with each other. That is just not sustainable,” he said. “We need to look at bigger markets.”

Ibrahim pointed to Germany as an example.  Germany’s economy is 2.5 times the size of all of Africa’s economy — all 53 countries, he said. Germany decided long ago it needed to be in the European Union because that was the only way to compete with the United States and China.

There is a lesson here for Africa, Ibrahim said. “We are going to compete and beat the Chinese, Indians, Americans and beat the Europeans? How can we do it? We cannot do it! Economic integration is a must. We need to have freedom of movement of goods, capital and people across our borders.”