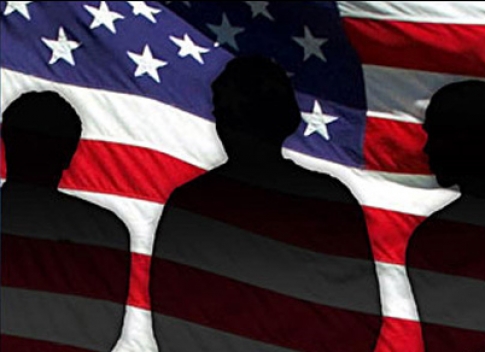 In the shadow of Arizona’s strict immigration law, a broad range of evangelical leaders are speaking in support of comprehensive immigration reform, with more specifics than some were able to embrace before.

At the same time, the No. 3 Democrat in the Senate, New York’s Charles Schumer, is hoping evangelicals will nudge their allies in the GOP to push an on-again, off-again immigration bill through Congress.

The renewed push came in the form of a full-page ad in the Capitol Hill newspaper Roll Call, paid for by the National Association of Evangelicals, and a three-page policy proposal from Liberty Counsel, a conservative Christian legal firm.

“Initiatives to remedy this crisis have led to polarization and name calling in which opponents have misrepresented each others’ positions as open borders and amnesty versus deportations of millions,” the ad reads. “This false choice has led to an unacceptable political stalemate.”

The Liberty Counsel blueprint was even more specific, calling for a “just assimilation” of those seeking legal citizenship that includes lessons in English and U.S. history. It says temporary worker visas recognize the need for “field workers to engineers” in U.S. companies.

“America deserves a just immigration policy,” the statement said, “one that begins with securing, not closing, our borders, one that provides a temporary guest-worker program, and one that offers a pathway for earned legal citizenship or temporary residency.”

Mathew Staver, founder of Liberty Counsel and a signatory on both the ad and the statement, said there has long been consensus on the need to secure the nation’s southern border, but evangelicals are now focusing on the future of the nation’s estimated 12 million undocumented immigrants.

“I think that’s where the consensus is building,” he said.

Southern Baptist ethicist Richard Land said the Arizona law–which gives local authorities new powers to round up suspected illegal immigrants–has prompted evangelicals to feel more strongly about the need for federal reform and to speak up for their Hispanic “brethren.”

“I think evangelicals have said ‘Enough is enough is enough,”‘ he said Wednesday (May 12) in a teleconference call hosted by the group Conservatives for Comprehensive Immigration Reform.

Land included his name on both the ad and the policy proposal, as did the Rev. Samuel Rodriguez, president of the National Hispanic Christian Leadership Conference. Others signing the ad include NAE President Leith Anderson; megachurch pastors Bill Hybels and Joel Hunter; and civil rights veteran John Perkins. Bishop George McKinney, a leader in the predominantly black Church of God in Christ, also signed the proposal.

Even so, some of the most prominent umbrella groups for religious conservatives have not added their names to the new statements.

Focus on the Family spokeswoman Monica Schleicher said the Colorado ministry is “currently investigating the issue” but declined further comment. Family Research Council did not immediately respond to a request for comment.

Christian ethicist David Gushee said the new energy surrounding immigration reform by non-Hispanic conservatives reflects a reaction to the Arizona law and long-term friendships that some have cultivated with Hispanic Christian leaders.

“Relationships are maturing and so that provides a context for engagement together,” said Gushee, who teaches at Mercer University in Georgia and is a leader of the New Evangelical Partnership for the Common Good, which supports comprehensive immigration reform.

“When you’ve got a friend who’s screaming out in pain, who’s saying this is really dangerous, you pay attention to that.”

Gushee said a broad range of evangelical support–including the most conservative evangelicals – could be a “major force” in passage of immigration reform.

“There are certain issues that have the opportunity to break through our entrenched polarizations,” he said, “and I think immigration is one of them.”