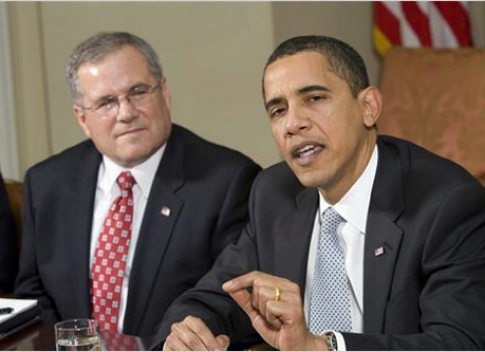 U.S. Special Envoy Scott Gration acknowledged at a congressional hearing that the challenges facing Sudan and the Darfur region are daunting, with a referendum on the future of southern Sudan less than eight months away and work needed on a long-term peace agreement.

The time need to resolve these issues is limited, and the various factions must work together, engaging in open talks and building trust, Gration said in remarks prepared for a May 12 Senate Foreign Relations Committee hearing.

Secretary of State Hillary Rodham Clinton unveiled a comprehensive U.S. policy for resolving the conflicts in Sudan in October 2009 that focused on ending human rights abuses and genocide in Darfur and fully implementing the 2005 Comprehensive Peace Agreement (CPA) between the government and the Sudanese People’s Liberation Movement (SPLM). January 9 marked the fifth anniversary of the peace agreement.

In January 2011 the people of southern Sudan are expected to vote on whether to remain a part of Sudan or secede and form a new government with full independence by July 2011. And a referendum is planned on the status of the oil-rich region of Abyei.

Gration recently completed another round of meetings with the Sudanese government of President Omar Hassan al-Bashir, who won a multi-party election in April with 68 percent of the vote, the first in 24 years. Bashir faces charges by the International Criminal Court for crimes against humanity that stem from the violence and conflict in the western Darfur region. Gration also met with officials from southern Sudan and the SPLM during his most recent travel and with officials of the African Union.

“The scenario we’d like to see is outlined in the CPA: Credible and peaceful referenda are undertaken during which southern Sudanese choose unity or secession and the people of Abyei choose whether to remain with the North or join the South,” Gration said.

“In this scenario the outcomes are respected by the National Congress Party, the Sudan People’s Liberation Movement, other political parties and Sudanese citizens, as well as the international community, including those who signed on to the CPA as witnesses and supporters of the implementation of the CPA in 2005,” he said. “We must also be prepared to respond to less favorable scenarios.”

“In the long term, it is imperative to address the underlying causes of conflict, including disputes over land and water resources,” Gration told the senators.

Senate Foreign Relations Chairman John Kerry said at the outset of the hearing that his concern was whether everything is in place to support Sudan in accomplishing these two referendums, and whether the violence and civil strife will continue.

“We all understand the stakes,” Kerry said. “The implications of Sudan’s instability do not end at its borders.”

The situation in Sudan has emerged as one of the largest and most devastating humanitarian crises of the 21st century. More than 20 years of fighting between the government and the SPLM killed more than 2 million people, and portions of the 2005 CPA remain unfulfilled and represent “a dangerous flashpoint” for future armed conflict, Gration said. In addition, Sudan’s ruling National Congress Party and government-supported militia launched a genocidal campaign in 2003 against ethnic groups affiliated with a potential rebellion in the Darfur region, killing hundreds of thousands, displacing 2.7 million people and creating more than 250,000 refugees.

The Comprehensive Peace Agreement, which is sometimes called the Naivasha Agreement for the place where it was signed, set a series of agreements between the SPLM and the Sudanese government. It was intended to end the two-decade civil war between the north and the south, help establish a democratic government and provide for sharing oil revenues. It also set a timetable for southern Sudan to hold a referendum on its independence. The current coalition government ends in 18 months with the southern referendum.