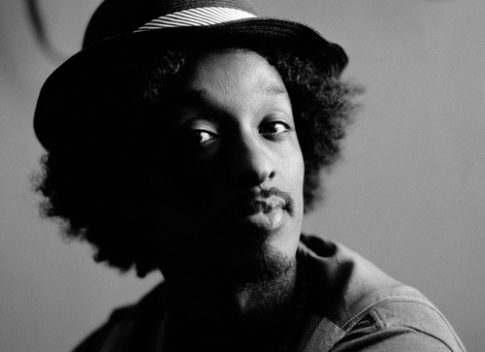 Mshale Editor’s note: this story is courtesy of the UK’s Daily
Telegraph

His own team have yet again failed to qualify, thanks to defeats that fans blame variously on poor midfielding, questionable refereeing and the small matter of gun battles disrupting pre-tournament training. But, when the World Cup gets underway next month, the voice of Somali-born Keinan Warsame will be echoing around the stadium at every single match during the four-week contest.

A song by the 31-year-old rapper is the unlikely choice of tournament sponsors Coca Cola as their official World Cup anthem for South Africa 2010, even though his war-torn home nation has never once made it to the finals.

Wavin’ Flag, an upbeat rap that urges fans around the world to “rejoice in the beautiful game”, hopes to do for hip hop on the terraces what Pavarotti’s Nessun Dorma did for opera.

On a brief visit to London, its composer admits that, in the absence of a home team to root for, he will not be shifting his allegiances to Fabio Capello’s men.

“I do admire Chelsea as a team, but, when it comes to the tournament itself, I will be supporting the Ivory Coast,” said the singer, who styles himself K’Naan (Somali for “traveller”).

“Whoever you support, though, the World Cup is a great occasion for Africa. It is so often a place that is seen as a backdrop to negative things, but this will hopefully balance it out and allow the world to see Africa in a more positive way.”

The negative side of African life is something K’Naan knows well, having fled Somalia with his family in 1991 after seeing several friends killed during the outbreak of civil war. He has spent his adult life in Canada and the US, where his tales of life and death on the mean streets of Mogadishu have put the macho bombast of some North American gangsta-rappers into perspective.

A non-drinking, non-smoking Muslim who is somewhat more cerebral than many of his hip-hop peers, his acclaimed album, The Dusty Foot Philosopher, won a BBC Radio 3 world-music award in 2007. In Britain, he counts Damon Albarn among his admirers, and he guested on Keane’s number-one, Night Train.

Yet his choice as Coca Cola’s official artist for the event has attracted controversy, and not just because his song was picked ahead of offerings from singers in South Africa, the host nation.

In comments somewhat at odds with the global drink’s firm’s corporate script, he has been highly outspoken about his home country’s other famous export – the pirate gangs who sail out hundreds of miles into the Indian Ocean to hijack ships. Writing for the influential Huffington Post website last year, he claimed that the pirates were simply exacting revenge for decades of illegal fishing and the dumping of toxic waste in Somalia’s unpoliced waters.

“Our pirates were the only deterrent we had from an externally imposed environmental disaster,” he said. “The truth is, if you ask any Somali, if getting rid of the pirates only means the continuous rape of our coast by unmonitored Western vessels, and the producing of a new cancerous generation, we would all fly our pirate flags high…One man’s pirate is another man’s coast guard.”

K’Naan disclosed that he had clan relatives living in Harardhere, one of the most notorious pirate ports; two of them were killed recently during a gunfight over ransom money. “The pirates are not justified in what they are doing,” he said, qualifying his earlier comments slightly. “But Somalia is in such a sad state that nothing that goes on there is justified.”

K’Naan’s own family background is proof of how his native land, which has now been a failed state for nearly 20 years, once nurtured much higher hopes. His father was an intellectual, while his mother was an accomplished singer, and his early memories were of a happy life in a well-off Mogadishu suburb overlooking the Indian Ocean. By 1991, though, as the collapse of dictator Siad Barre’s regime threw the country into an intractable civil war, nobody was safe.

“I remember tanks being lined up along the street of the neighbourhood that I came from, and seeing people from my neighbourhood armed and tyres burning in the street,” he said. “A lot of people around us were fighting. One day, a group of us were hanging around and someone threw a rock at a passing technical [an open-topped car with an anti-aircraft gun mounted on it]. The technical opened fire and killed three of my friends.”

By pleading with officials at the US embassy nearly every morning for six months, his mother eventually persuaded an official to grant them leaving papers the day before the embassy was finally evacuated. The family flew out of Mogadishu on what K’Naan believes was the last ever scheduled Somali Airlines flight.

However, on moving first to the US and then Canada, he fell into clan violence of a different sort, this time involving street gangs in the black neighbourhoods where many Somali émigrés lived.

“We Somalis weren’t treated well because we didn’t know how to dress cool. We didn’t have Nike trainers; instead, we had stuff from Walmart and kids would be laughing,” he said. “There was always conflict there, as though we were from a different world.”

He ended up in a Somali gang and was arrested on numerous occasions. With most of his close friends either dead or in jail, and facing an arrest warrant for violence and firearms offences, he fled back to the US for six years and began building a music career, finding a natural follow-on from Somalia’s own tradition of oral poetry in the form of rap music.

His songs point out that, while life in the US ghettoes can be tough, it is a far cry from the hardships of life in African cities such as Mogadishu. “I don’t want to be disrespectful to anybody else’s kind of struggle; I have lived in places in the US where a lot of people get killed,” he said. “But there are scales of violence and not many places are comparable to Mogadishu. My frustration is how some people are making it into beautiful cinematic violence. A lot of these kids have not seen real violence, and they have no concept of it. Real violence is ugly, people crumble when they get shot, it is not beautiful at all.”

Coca Cola’s selected K’naan’s song after a search involving hundreds of artists. The quality of his music and his personality and life story were more important than whether he was South African or not, said Joe Belliotti, the firm’s global entertainment marketing chief.

“We went through hundreds of demos and recommendations for songs and artists that fitted the bill, and K’Naan ticked a whole laundry list of things,” he said. “He has the connection to Africa, he is not a fly-by-night pop star, and his song is very indicative of celebration.”

As the tournament approaches, K’Naan will be heading to South Africa to headline a number of promotional events throughout the country, having already travelled much of the world as part of the 225-day official FIFA World Cup tour, in which the solid-gold trophy was put on display in 86 countries. One of the few nations that did not get a glimpse was Somalia: the organisers deemed it too risky to take the trophy there.

Meanwhile, the chances of Somalia ever qualifying for the contest remain bleak. Earlier this year, the team were forced to flee their former training base in Mogadishu because of daily armed confrontations between the Somali government and gunmen from the al-Shebab militant group, who want to impose a Taliban-style Islamic system in Somalia.

The group wants to ban both televised football matches and pop music, although K’Naan noticed recently that he has acquired something of a following even in Shabab-controlled areas. “Somebody showed me a photo of my old neighbourhood recently, which showed some masked gunmen walking down a street that had been completely destroyed by artillery fire. But on one wall behind them you could see a ripped-up poster, showing my face. I don’t know who put it up there, but nobody had taken it down yet.”