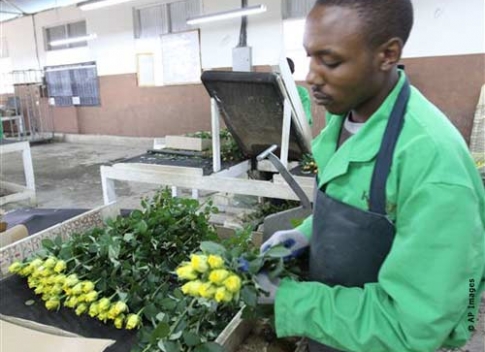 WASHINGTON — The African Growth and Opportunity Act (AGOA), now celebrating its 10 anniversary, has been an “unqualified success” in helping to stimulate and expand the U.S.-Africa trade relationship and still has much untapped potential, says Rosa Whitaker, who was the first assistant United States Trade Representative to sub-Saharan Africa.

Whitaker now is chief executive officer and president of the Whitaker Group, a trade and investment consulting organization. In a June 16, she assessed the past and future of the trade act.

“When you think about the fact that 10 years ago, prior to AGOA, American policy toward Africa was basically one of aid — it was not very comprehensive. When you think about it, 10 years ago before AGOA, it was very difficult for African ministers and heads of state even to get high-level attention in Washington and engage at the highest level. AGOA changed all of that. AGOA has expanded and diversified our trade, and it introduced a trade policy in addition to a policy of aid.”

“In 10 years, exports from Africa’s AGOA eligible countries have grown over 300 percent, from $21 billion in 2000 to $86 billion,” Whittaker said. While she acknowledged that much of that trade is in oil, Whittaker said it also includes  $28 billion in non-oil exports from sub-Saharan Africa under AGOA. She called that “very impressive,” over the lifespan of AGOA.

“AGOA has helped to spur an automobile industry in South Africa,” she said. Prior to AGOA, South Africa’s automobile and transportation equipment exports to the United States totaled about $148 million annually. “Under AGOA in 2008, it was $1.9 billion.”

In apparel, she said, “When we started AGOA, apparel from sub-Saharan Africa was about $350 million. Now at the height of AGOA, it is about $1.3 billion. Prior to AGOA, Lesotho was exporting about $139 million of apparel to the United States. Now it is $339 million … and Kenya has gone from $30 million to more than $240 million, which represents a 800 percent increase in apparel exports.”

Jams and jellies from Swaziland are another example, she said, shooting from $85,000 prior to AGOA to $1.6 million today. Cut flower exports from Kenya to the United States were only about $700,000 before AGOA. “Now, that is up to $1.7 million, and that has grown an industry.” Ethiopia has also gone from exporting no cut flowers before AGOA to now exporting more than $4 million annually in that trade.

Whitaker said she has found over the years that “people who don’t want to do anything or who don’t want to build on anything that is working will always say why AGOA is not working. AGOA does represent untapped potential.” But she stressed that “you cannot argue with this progress.”

The cost to the U.S. taxpayer for AGOA, excluding oil, is about $2 million annually in lost tariffs, she said. For that amount, she said, the United States has been able to create 300,000 jobs and get $28 billion in non-oil exports from Africa.

“This is powerful evidence” of AGOA’s success, she said, and that success “argues for having such a trade policy.”

Over the past 50 years, Organization for Economic Co-operation and Development (OECD) countries have provided more than $300 billion to Africa in aid, yet Africa is the only region of the world that is getting poorer. “Aid just cannot get you the results that trade can, and that is just a fact. If you look at any region of the world, there is not any region that has developed without entrepreneurs developing the private sector in those countries.”

The Marshall Plan for the reconstruction of post-World War II Europe, she said, worked because it provided technical and financial support to revitalize industries there. “That is the strategy that works. So I think as we look at AGOA 10 years later, we should be looking to build on what works.”

Looking to the future, Whitaker said she is optimistic that Africa will make even more progress because she sees a new breed of leader in Africa who knows the importance of democracy, transparency and private sector development.

Whitaker termed AGOA an “opportunity and not a guarantee.” In the end, she said, AGOA was not designed as a panacea but as one very effective tool in the U.S. policy arsenal to help stimulate U.S.-Africa trade and long-term economic growth and development. In that regard, she said, it has been a “phenomenal success” that needs to be built upon for the future.

The ninth annual U.S.-Sub-Saharan Africa Trade and Economic Cooperation Forum — better known as the AGOA Forum — will take place in two parts: August 2–3 in Washington and August 5–6 in Kansas City, Missouri. The conference will have as its theme “AGOA at 10, New Strategies for a Changing World.”