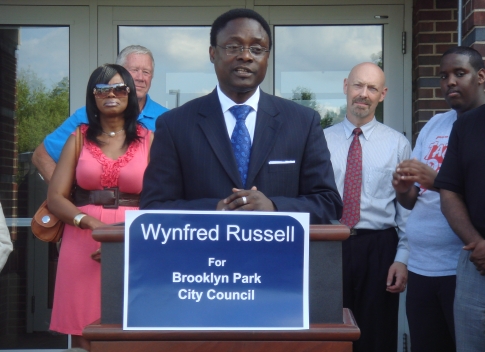 Wynfred Russell, a Liberian-American, is a candidate for City Council in the City of Brooklyn Park, Minnesota. He is running in the city’s Central District.

Brooklyn Park, also referred to as the Twin Cities African suburb is home to a large population of African immigrants and boasts the largest concentration of Liberians anywhere in the Minneapolis/St. Paul metro area.

This is Mr. Russell’s first run for public office and If elected he will become the first African immigrant to serve in the Council.

He launched his campaign on the steps of the Brooklyn Park City Hall flanked by supporters last week on June 16.

He is running on a platform of renewing pride in the city.

You can find him at his campaign’s Facebook page.