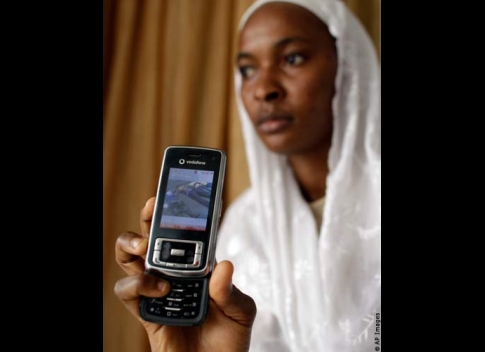 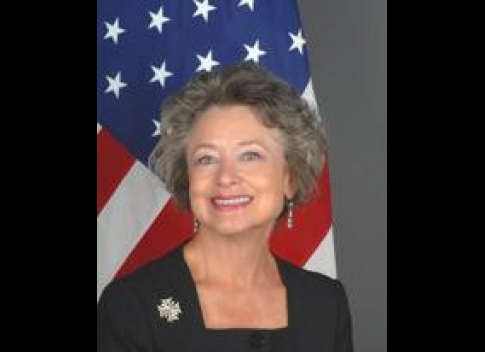 The citizens of Guinea are preparing for their country’s first-ever presidential elections on June 27. A new SMS texting campaign to allow Guineans to monitor their election and protect their votes is one of the ways the United States Embassy there is helping further that country’s democratic electoral process.

The U.S. ambassador to Guinea, Patricia N. Moller, said in a telephone interview June 21 that the SMS (short message service) campaign in Guinea “marks the first time a government’s election commission has actually agreed to use this tool as part of its election monitoring. I think that is pretty exciting.”

She said there are 24 candidates vying for the office of president in the election. If the SMS texting campaign is successful, she said, “we would imagine that it would be emulated in other presidential and nationwide elections or any other kind of election, for that matter. It takes advantage of the technology that is available.”

“The United States has been the largest bilateral contributor so far to the electoral process. The behavior of the political parties to date has been orderly and civil,” Ambassador Moller said, and added that Guinea’s National Independent Election Commission (CENI) has worked hard and impartially under tight deadlines to overcome logistical and procedural issues.

Commenting on the new SMS election campaign that the U.S. Embassy has launched, Moller said it provides an opportunity for citizens to text in during the election at a cost of less than 1 U.S. cent per text, to offer their feedback — both positive and negative — about how the election is being conducted throughout the country.

The texts will be reviewed by civil society observers and then forwarded to a website, which will be monitored by the public and CENI. The ambassador said that this will allow real time access to events throughout the country. The slogan for the campaign will be “Je vote, je vois, j’envois,” or “I vote, I see, I send.”

Moller said the texting program is available now in the days leading up to the election and features Miss Guinea as its spokeswoman.

The texting program, Moller explained, will be a useful tool that could also be used by citizens to “flag difficulties” if and when they might take place at polling places around the country.

“This whole election — in the history of Guinea — has been special,” the ambassador said. “It really is their first democratic election since they became independent from France in 1958. It is a big deal. The citizens of this country are very excited about its possibilities. We have helped, our international colleagues have helped. There have been a lot of spotlights that have been focused on Guinea, and we are trying to do what we can to assist this country to have an elected government that represents the will of the people.”

Moller termed it “hugely important” to Guinea’s future to have a transparent, democratic government as it moves to achieve a higher level of economic growth and development. Guinea is a country with huge natural resources that really have never been developed, she said.

“One of the things that a democratic government would do would be to put in place some transparency for the country’s future economic development, particularly in the mining and natural resource industries,” she said. “In this way they can equitably raise the standard of living for everyone in this country.” Exploration for offshore oil is beginning to take place, she said, and Guinea has the world’s largest bauxite reserves, plus large amounts of iron ore, gold and diamonds as well.

In addition to assisting with an SMS campaign, Moller said, the U.S. Embassy has also partnered with the French Embassy to open an election communications center, which will be a base for all journalists before, during and after the campaign and probably into the electoral campaigns that will follow. “If this is a successful presidential election, we will see parliamentary elections, we will see local elections. This is really a season of elections in the Republic of Guinea,” she said.

“We have provided the press center. We have done enormous numbers of radio and television interviews. Embassy officers have talked on the radio about democracy and democratic practice and elections.”

Moller said one of the embassy’s Guinean employees captured the challenge best: “‘America has done a lot to help the people of Guinea with this election. And America is going to work hard until the 27th of June, and then it is up to the citizens of Guinea to take over and to make the kind of future for themselves that they want.’”