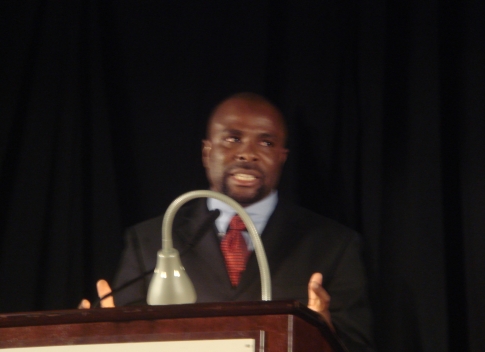 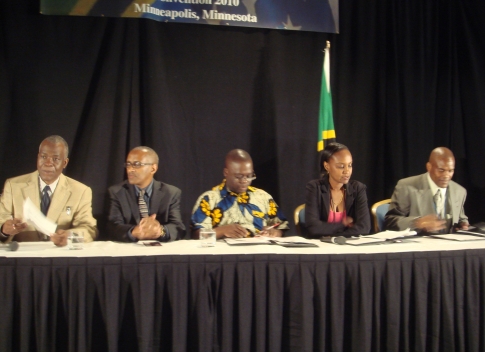 MINNEAPOLIS – Tanzania is in need of more skilled IT personnel and investors to fully exploit the recent landing of the submarine cable in the country, the second annual Diaspora Council for Tanzanians in America convention (DICOTA) in Minneapolis was told during the second day of deliberations on how to harness the resources of the Diaspora for the development of the country.

During a freewheeling discussion on ICT (Information and Communications Technologies), delegates expressed concern over whether Tanzania was maximizing the new fiber optic cable that the country has now acquired and whether all parts of the country were benefitting.

Mr. Philemon L. Luhanjo, Chief Secretary and Secretary to the Tanzania cabinet assured delegates that 16 of the 21 regions in the country have already had access to the fiber optic backbone “and the government has spent $170 million to bring this thing (fiber)” and that the government will eventually roll it out to all the regions soon. The challenge, he said, was that businesses and potential investors have yet to tap into the new opportunities that the fiber optic cable has presented acknowledging the underutilization of the new bandwidth the country enjoys.

“Infrastructure without  the human capital will be a waste”, said Dr. Negus Adefris, an IT consultant who suggested that one way for the country to overcome and address the IT personnel shortage that the landing of the fiber has revealed is to tap into the many Tanzanian IT professionals that now reside abroad. Dr. Adefris who runs a consulting practice said his company has engaged many such Tanzanian IT professionals “some who own their own companies” he said.

A local physician, Dr. Crispin Semakula, said Tanzania needs to urgently prepare for “systemic use of ICT” as it lays the groundwork on spreading the use of such. He gave examples of how he uses ICT in his Minneapolis practice saying telemedicine could help overcome the lack of physicians in rural Tanzania.

Panelists that included a Sprint IT expert of Tanzanian origin offered a menu of options that Tanzania could choose from as it prepares to use ICT to address the myriad societal and economic challenges the country faces.

Mr. Norbert Safari Leone who owns a construction company in Dar es Salaam and is a delegate to the convention intimated to Mshale that he is an early adopter of ICT in running his business. On why businesses in Tanzania might not be taking advantage of the new fiber optic and the resulting high bandwidth it offers, he said “to be honest the charges (for ICT services) are so high right now that I cannot blame any business for not using it.”

His company, Nordic Construction, has to use technology to remain competitive. His hope, he said, is that charges will be more reasonable in the near future to ensure wide adoption by Tanzanian businesses.

Eric Shigongo, CEO of Global Publisher, perhaps put it in context for potential Diaspora investors when in an unscheduled short motivational talk of his rags to riches story following a lively ICT session he said “don’t let money stop you, what matters is the idea.”