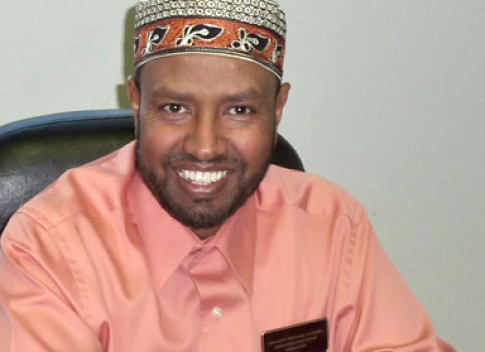 Abdulmajeed Dere expressed frustration with trying to interact with African Americans since he arrived in the metropolitan Phoenix area from his native Somalia in 1996.

“When I came to the country, I saw African Americans as my brothers,” said Dere, a small-business owner. “I was laughing with joy to see them. But every time I talk to them, rejection, rejection—every time. After awhile I felt like, why should I even talk to them?”

Dere is resigned to the cultural split, but is also frustrated by it. As a middle-aged member of the sandwich generation, attending both to children in high school and college and to his elderly mother, he feels he has much to share with his American brothers. A former community case worker, he is deeply familiar with the strain black families face, especially in this recession, squeezed by household demands from both ends of the age scale.

He believes, though, that his accent and a sense of superiority among some African Americans erect barriers to communication and undermine the potential for mutual support. Research published by Arizona State University (ASU) reinforces and echoes Dere’s experience.

Africans make up a small but growing part of the black population in metro-Phoenix, which limits opportunities for interaction. According to the 2008 American Community Survey, “foreign-born Africans” number around 18,500 in Maricopa County, or 10.8 percent of the area’s black population. The refugee population in Arizona is much smaller, although that figure more than doubled from 2006 to 2009, to 4,327, according to the U.S. Office of Refugee Resettlement.

In a 2008 supplemental report entitled “The State of Black Arizona, Volume I,” ASU associate professor Lisa Aubrey and colleagues found that many African Americans hold new arrivals “responsible” for their ancestral enslavement and “correlate Africa . . . with poverty and feel ashamed.” Aubrey and her coauthors call today’s African Americans “old diasporans,” descendants of slaves and other earlier African arrivals. The scholars refer to modern continental Africans, including refugees who fled strife in their countries, as “new diasporans.”

Extremely different paths to settlement in Arizona, combined with dissonance within each group, pose challenges for African Americans seeking to build bridges between old diasporan and new diasporan communities. New diasporans in metro Phoenix hail from many parts of Africa, including Liberia, Somalia, Rwanda and Sudan.

Elders from both old and new diasporan communities confront complex issues that will impact their quality of life and that of their descendants for generations to come. While African Americans face myriad health challenges, African immigrants also run into barriers of transportation and isolation, which impede their social and emotional health.

“People are too busy with life, no one is interested in reaching out to African communities,” said Abraham Reech, a senior case manager at Lutheran Social Ministries, a Phoenix area refugee resettlement agency. “There is no reason, no incentive.”

“There is a lack of communication,” said Tap Dak, outreach coordinator for the AZ Lost Boys Center, which serves the Sudanese community of metro Phoenix. He said differences in religion, ideology and politics among African immigrants and refugees often lead to misconceptions between different ethnicities, despite their similar experience and mutual concerns.

Dak added, “The (African) community doesn’t have dialogue within itself.”

Recent African arrivals in Arizona’s Valley of the Sun often possess starkly different experiences, expectations and outlooks on America—and on each other, ASU’s Aubrey noted, Along with refugees seeking political asylum, the immigrants include “some of the most highly educated, professionally skilled and accomplished Africans from the continent,” she said.

Preconceived ideas about other ethnic groups often lead to rifts.

Reech, who is Sudanese, recalled an instance when African neighbor—like Reech, a recent immigrant—forbade his son to associate with Reech’s son. Reech believes that the father didn’t want his son to associate with black people, whether African or African American — even though he was also black. He said this is a common reaction among immigrants, who wish to avoid negative associations with African Americans.

“My son was on the principal’s list,” Reech said, shaking his head in exasperation. “What would make the father think that way?”

Charles Shipman, Arizona’s refugee coordinator, acknowledged that there is little interaction among the newer African immigrant groups. He attributes the problem less to outright antagonism than to a sense of competition.

During his eight years of working with refugees, Shipman said, he has seen collaborative efforts between African immigrant groups quickly collapse when discussions turn to pursuing funds.

African Americans around Phoenix also constitute a diverse population, including Valley natives and recent arrivals from other states. In many instances, a shared ancestry with African immigrants is not enough to promote intercultural connections.

“Refugee assistance is all about outreach, and there is not a lot of outreach from the African American community,” noted Eman Yarrow, a community and economic development manager for the Arizona Refugee Resettlement Program.

For example, First Institutional invited Kigabo Mbazumutima, a doctor from Benin, to speak at its 2010 Community Health Forum and share his experiences growing up in the Congo.

Mbazumutima is working with ASU faculty to improve health care access to the Great Lakes region of Africa, and the mostly African American attendees at the forum showed interest in volunteering and making donations. He and event organizers hope that by providing access to resources, such as the church facility, established groups in the African American community in Phoenix will foster cultural understanding and the greater acceptance that new diasporan communities need to flourish in this desert region.