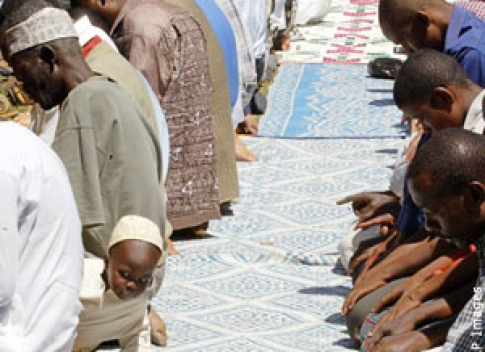 Across cultures and peoples, the principles of Ramadan are the same: self control and the cleansing of the body and mind. However, my celebration of Ramadan varies, depending upon where I am and the existing culture there.

When I was living in Egypt, I noticed the culture is heavily influenced by Islamic lifestyle. Every sunrise I heard the adhan (call to prayer) which is delivered over a loudspeaker in every mosque. The adhan marks the beginning of the fast. In addition, we Muslims are required to observe rules of the public domain. The obligations are twofold: The society must be managed in accordance with the consent of the Muslim constituency as well as God’s commandments. The Holy Quran states: “You who believe? Fasting is prescribed for you, even as it was prescribed for those before you, so perchance you may attain God-consciousness.” (2:183)

In Islam, religion and spirituality are not limited to the private life. The principles that govern the private lives of Muslims are often exhibited publicly through social obligations and rights. While celebrating Ramadan in Egypt, I saw the structure of the day shift in accordance with Ramadan. The work day and school day is shortened. Some businesses (mostly restaurants and cafes) open early for suhoor (a meal eaten before the sunrise). In Egypt, the majority of people are fasting: The struggle is group oriented.

During Ramadan, we Muslims are obliged to give charity, repent sins, make a strong effort to commit good deeds, read Quran, pray, and offer iftar (breaking of the fast) to those who fasted. When I lived in Egypt, these public acts of religiosity surrounded me.

Celebrating Ramadan in the United States has been a very different experience. I have a whole other set of challenges in the month-long celebration. It seems the public is not that aware of Ramadan. The work schedule is not adjusted to fit my family’s needs, and since Islam is not the status quo, only a minority of the population is participating in Ramadan.

I think the culture of Ramadan in America is created by Muslims who are most honestly and sincerely interested in completing religious obligations and enhancing spirituality. Unlike Egypt, where the ceremonies happen all around me, in America my family and I have to put forth a strong effort in preparing the celebrations. Ramadan is more of a private matter in America: Our iftar takes place at home and mosques, and there is no adhan that marks the beginning of the fast. But it’s still Ramadan, and although the celebrations may be different, we still follow the two principles.

Mustafa Abdullah is an American-Egyptian Muslim who has lived in Egypt, Spain, and the United States. He currently attends Wake Forest University in North Carolina, and he is involved in several interfaith organizations, both on and off campus.