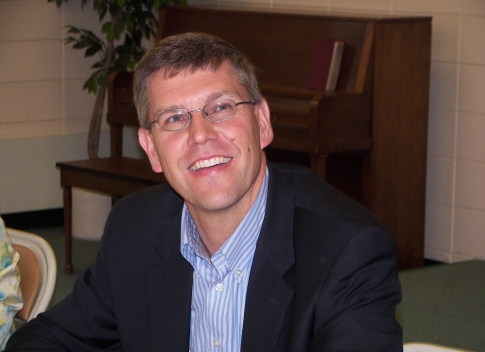 When U.S. Representative Erik Paulsen walked through the doors of Brooklyn United Methodist Church in Brooklyn Center recently, little did he know he was walking into what one meeting participant later called a “booby-trap.” The church, which holds fond memories for the Congressman because it served as his wedding venue, was now a scene of vitriol exchanges between various Liberian groups that gathered to address lingering tensions within their immigrant community.

More than 50 people, including members of the clergy and tribal organizations sat around the table in an open-style-dialogue format and aired their grievances to the first-term Republican lawmaker, hoping he would help identify solutions to an array of stifling leadership challenges confronting one of the largest Liberian communities in the Diaspora.

As Mr. Paulsen moved around, shaking hands, patting shoulders, and greeting everyone, he smiled confidently, diffusing the now tension-filled room. The Congressman sat at the head of the table, flanked on both sides by officials of the Advocates for Human Rights, his co-partner in coordinating the “peace” meeting, moderated by Ahmed Sirleaf, a program associate in the Advocates international justice program.

The crowd listened studiously as Mr. Paulsen continued laying out the reasons he believes Liberians in Minnesota need to work together. “You need to speak with one voice to make progress. Join the school board, join the city council; you should be the champion of your causes, but you have to first be unified,” he said.

After his opening comments, community members took turns listing what each person viewed as issues contributing to disunity in the Liberian community. A power struggle in January 2010 eventually led to the splitting of the Board of the Organization of Liberians in Minnesota (OLM), the lead community organization, between two rival groups headed by John Tarley and Clarence Yaskey. The lack of a clear leader was mentioned by 90 percent of the speakers as the main source of the problem in the community.

Mr. Paulsen, whose Third Congressional District covers a huge swath of the northwest suburbs, where many Liberian immigrants live, urged the group to set benchmarks for success and build relationships with the larger majority community. The Congressman left early for another scheduled event, but the meeting continued with the Advocates facilitating.

Robin Phillips, the Advocates executive director, encouraged participants to continue talking, and said Liberians should engage one another in frank but civil exchanges, to find common ground on issues that affect their collective interests.

“The Advocates for Human Rights has always partnered with Liberians and their organizations every step of the way”, Ms. Phillips said. “We thank all of you for coming and look toward to a healthy and productive discussion.”

The meeting began with tensions – with some participants hurling invectives at others – yet ended with suggestions, as to how participants could commit to a more sustained process, with the Minneapolis-based rights organization playing a mediating role.

According to Mr. Sirleaf, who also coordinates the Advocates community reconciliation project, a spin-off of its Diaspora TRC work, a collection of comments recorded during the meeting will be synthesized and sent to Representative Paulsen for his intervention.