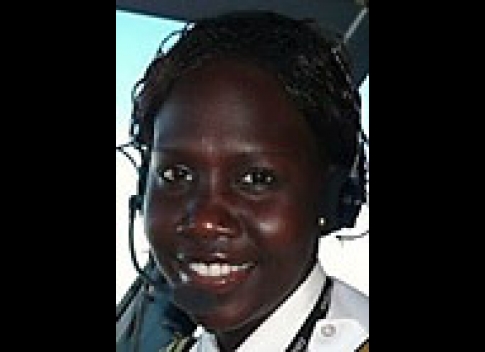 Aluel Bol Aluenge’s journey has taken her from Africa to America and back again, and from young refugee to airline pilot.

Along the way she’s had a greater breadth of experiences than most people.

Her friend, Diana Albertson, whose family sponsored Bol and her family, called because she thought Bol’s story was worth some ink. I think so, too. It’s an old American story.

Bol lives in Ethiopia now, but she’s here visiting her three older brothers and their families, so I took the opportunity to speak with her.

Bol, 27, is Sudanese, but her story is different from what you might expect.