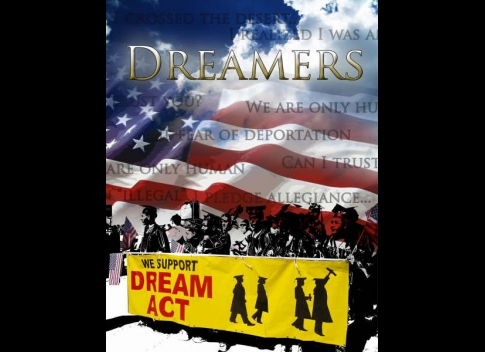 The history of the DREAM Act has been marked by high hopes and wrenching defeats.

In the eyes of immigrant rights advocates, it’s inexplicable why a bill aimed at helping college students and young military personnel get their immigration papers could face such stiff resistance.

The U.S. Senate’s failure to reach 60 votes in order to advance the bill was characterized as a slap in the face to immigrant constituencies.

Advocates were quick to point to the Republican Party as being to blame.

“The best and the brightest of our nation’s immigrant community— who want to go to college and serve in our military— just had the door slammed in their face by the GOP,” said Frank Sharry, executive director of America’s Voice and a veteran of Washington, D.C. immigration policy battles.

Before the Republicans blocked debate on the DREAM Act and the bill of which it was part, all of the powerful Democrats in Congress and the executive had put their shoulders to the wheel to get it done.

President Obama had issued a strong public endorsement, and asked Latino voters not to forget which party is standing with them on the DREAM Act and immigration policy generally.

Sen. Harry Reid, majority leader from Nevada, had come up with the innovative tactic of attaching the DREAM Act to the annual defense authorization bill. Rep. Luis Gutiérrez, the champion of immigration reform in the lower house, had said he believed he had the 218 votes needed to pass the DREAM Act in that chamber.

In the end, the Democrats’ failure to bring over Republicans to stand with them on the DREAM Act meant that, just like in 2007 and other instances, the policy would remain on advocates’ wish list.

Privately, immigrant advocates also expressed frustration that the Democratic leadership was so late to jump on the DREAM Act bandwagon this year. Sen. Reid’s was a last-minute effort on the DREAM Act. Republicans were able to characterize it as a desperate move to win Latino support as Reid fights to fend off a Tea Party-powered challenger in November.

Immigrant rights grassroots organizations at the state and local level have invested money and time to help student groups and youth organizers build a base for the legislation. The DREAM Act has become basically a household word in immigrant communities and media.

Republican senators who in the past have been supportive of immigrants and immigration reform—including a path to legalization for undocumented immigrants— such as Lindsey Graham of South Carolina and John McCain of Arizona, showed no interest in the DREAM Act this time around. With the Republican Party shifting right on many issues ahead of the November races, immigration was no exception.

Advocates who favor strict immigration controls contended that the DREAM Act was little more than a partial immigration amnesty dressed up for midterm season politicking.

One California Republican, Rep. Brian Bilbray, even went as far as to connect the DREAM Act to the recent massacre of 72 migrants in Mexico— implying that immigration policy changes could backfire by pushing more Latin Americans to move illegally on pathways controlled by organized crime.

“This talk of amnesty is not only an insult to every American who has come to the United States legally and the millions who wait patiently while playing by the rules,” wrote Bilbray in a blog on the DREAM Act published in The Hill (http://thehill.com/blogs/congress-blog/politics/119803-something-to-consider-before-casting-a-vote-for-the-dream-act-rep-brian-bilbray). “But it is in part what makes it possible for the cartels to murder those 72 innocent migrant workers.”

To benefit from the DREAM Act, undocumented immigrant high school graduates must attend college or serve in the military. They also need to have entered the United States at age 15 or younger and prove they’ve resided in the country for five years or more.

In the wake of the DREAM Act’s defeat, it appears that immigration reform of a comprehensive nature faces little margin for passing, even after the midterms.

Sen. Bob Menendez of New Jersey, a Democrat and the only Latino in the upper house, said he would introduce such legislation in the coming weeks. He may be gambling that post-midterms, senators will again be amenable to deal making.

But it’s more likely that the momentum on immigration legislation will continue to shift to the states, where efforts like Arizona’s crackdown have become part of a widespread effort by state capitols and localities to take immigration matters into their own hands.

That may not necessarily be a bad thing for undocumented immigrant students who hoped to benefit from the DREAM Act.

State legislation can go either way on immigration, even though hard-line measures attract the most attention.

A group called the State Legislators for Progressive Immigration Policy noted that 10 states have legislation providing in-state tuition to undocumented immigrant college students. And that includes red states like Utah and Texas.