Home Entertainment Sierra Leone’s Refugee All Stars: All about love, peace and brotherhood 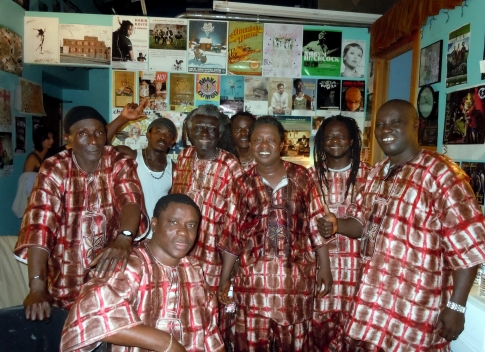 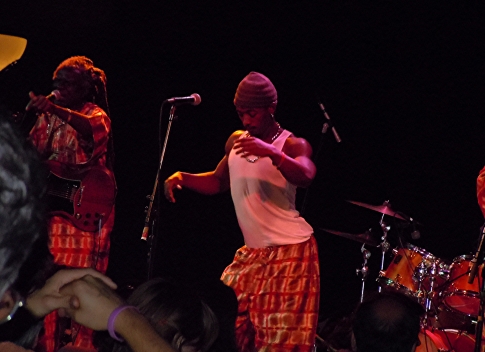 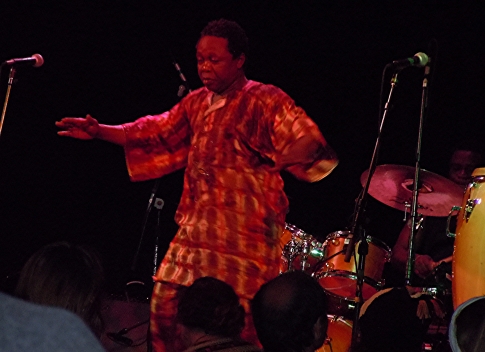 Sierra Leone’s Refugee All-Stars brought a musical message of love, peace, and brotherhood to Cedar Cultural Center, Sunday, Sept. 26. The extraordinary part was that they brought their message from a place called Freetown, capital of a nation reeling from the aftermath of civil war. Each of the members of this eight-piece ensemble has been hit hard by the ravages and hardship of war. Their remarkable personal stories are marked by dislocation, imprisonment, loss of family members, and punitive amputation as the result of the decade-long civil war that officially ended in 2001.

Sierra Leone’s civil war formed the backdrop for the movie “Blood Diamonds”. SLRAS’s own story and the lives of its members are traced in a documentary movie entitled “Sierra Leone’s Refugee All Stars” (2005) [http://www.refugeeallstars.org/]. It is a moving story of the determination and good luck involved in re-building the band and the lives of its members in the sprawling refugee camps that continue to be the only residence for many of the people of Sierra Leone in the persistent aftermath of war.

SLRAS’s music is a highly-charged blend of Creole reggae rhythm and West African dance music. Their instrumentation is influenced by the “soukous” dance style of African musicians such as the Congolese guitarist Dally Kimoko–a favorite of the band’s lead guitarist. The Creole influence comes from their sojourn in New Orleans and association with delta musicians such as Troy Andrews (well-known to Twin Cities audiences as “Trombone Shorty”), Washboard Chaz, and Bonerama. The combination had the standing-room-only audience at the Cedar Cultural Center dancing spontaneously throughout the performance.

The musicians exhibited a great deal of versatility, exchanging instruments during songs, setting instruments aside to regale the audience with dance moves, while maintaining the tight synchronicity of Afro-Creole rhythm that kept the audience captivated. The room warmed immediately to the reggae rhythm of the first number and became increasingly engaged and delighted as SLRA moved through their setlist with professional focus, pausing occasionally between numbers for brief background from the group’s leader, Reuben Koroma.

With song titles such as “Weapon Conflict”, “Living Like a Refugee”, “Gbrr Mani” (trouble), and “Kele Mani” (war is not good), their story and their message of peace are clearly the core of inspiration for their music. As “Franco” John Langba, one of the SLRAS founding members, put it: “The musician is a journalist; he know the truth.”

Mr. Koroma was kind enough to share a few words backstage. His band is thrilled that American audiences love their music and resonate to their message of peace. “When you can do something that people love, that is the impression you keep of a country. That is the number one thing.” For men who have experienced such horror and hardship to bring such loving enthusiasm to the stage is an inspiration in itself that goes deeper than words or music. Sharing hope with eight performers from a world away seemed particularly profound in the context of America’s own ongoing, internal struggle over membership in the global community, but then hope and peace come as a fresh breeze down the improvised streets of a refugee camp at any time in human experience–especially when carried by such a sincere combination of musicianship and close, personal history.

The Cedar has heard messengers of love and peace on previous occasions, certainly, but rarely from a group with such rhythmic subtlety to make the audience move its feet and such compelling personal passion to move the heart.