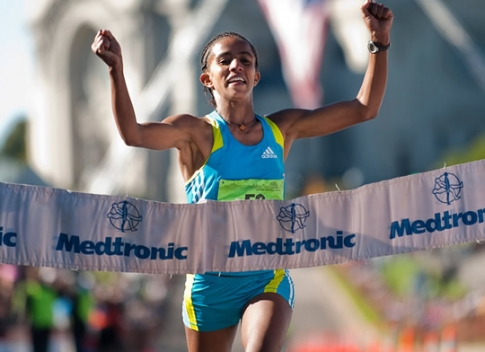 Buzunesh Deba of Ethiopia made history on Sunday in Minnesota when she became the first woman to win both the Grandma marathon and the Twin Cities marathon in the same year. The two are Minnesota’s premiere marathon events.

Deba won the Medtronic 29th Twin Cities marathon on Sunday with a time of 2:27:24.This past summer in June, she won Duluth’s Grandma marathon with what was at that time her personal best of 2:35:35.

The top Minnesota finisher in the men’s race was Donovan Fellows of Woodbury who came in ninth. Nichole Porath of Red Wing finished 20th in the women’s race.