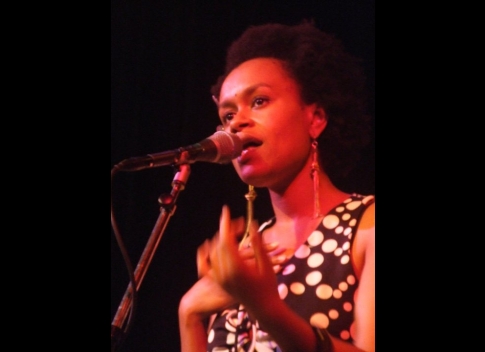 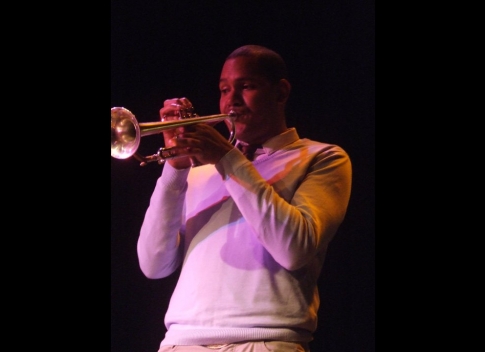 Friday evening, September 24th, at the Cedar Cultural Center, an invitation handed out to hundreds of the Cedar’s real – time neighbors brought in dozens of residents – a 10% response rate—to hear Ethiopian-born Meklit Hadero perform for the first time in Minnesota.

Friday’s show brought just over 100 patrons. Next time, Mshale predicts she will sell-out the house. “There’s a focus this season on engaging the immediate community and bringing concerts here that they want to see,” said Mike Rossette, marketing coordinator at the Cedar.

Hadero’s stage presence, so warm and intimate, combined with her musical prowess provided us with an unforgettable show. Surrounded by a band whose acumen in music could propel each of them into their own solo careers, Hadero held her own.

Laura Lipkin, who has known the rapper since his days at the University of Minnesota, remarked on what a pleasure it was to watch his impressive evolution from student to professional musician.

Taking the stage at 9:30, Hadero stood alone with her percussionist behind her as her only accompaniment. She wore a form-fitting black and white dress complete with elbow-length gloves. As soon as her first number concluded, she peeled off her lacy gauntlets, tossing them aside so that she could effectively play her acoustic guitar.

With her sleeves metaphorically rolled up, Hadero and band launched into a lengthy set that included tracts from her recently released album, “on a day like this.”

Most of her songs were sung in English, but here and again she included traditional Ethiopian pieces. In an interview on KFAI radio earlier that morning, Hadero said, “I don’t write traditional music because I didn’t grow up there. In terms of how I’m influenced by [my homeland], the way it’s most present for me is in the vocal textures.”

Born in Ethiopia thirty years ago, Hadero immigrated to the United States when she was 18 months old. Although she’s lost her fluency in Amharic, she can still use the language in her songs.

The super-vibrato and an “ultra-tenderness” that typifies East African music, quickly apparent in Hadero’s music, also permeate her American jazz numbers. Her distinctive manner of stretching, like rubber bands, her words, adds to her appeal.

This world-music characteristic gives Hadero her unique and profitable niche. While she’s been compared to Nora Jones and Joni Mitchell, she truly is her own person. The alluring blend of both jazz and traditional Ethiopian music makes her stand out from other touring musicians.

The concert venue, not quite half-filled, included both seated areas and standing or dancing space. Most of Hadero’s music lends itself to dancing with a Tai Chi-like movement. It is fluid and elastic, beautifully orchestrated.

Toward the end of her set, Hadero invited the audience to sing along. Our voices, many too Minnesota-white bread to compare to her whole wheat, multi-grained and gritty vocals, made for an interesting contrast. She indulgently praised our efforts.

She ended with a song in Amharic. “It is amazing to sing a song in another language,” she said from the stage, “even though I’m not totally fluent, even the shape of the words [adds dimension]. You can get lost in the words,” she told her diverse audience that included many Ethiopians.

Her encore was a mélange of tunes dedicated to her arts and culture work. “It’s a song about migration, the things that bloom from our sorrows.”

KFAI radio interviewed Hadero on the morning of her show.