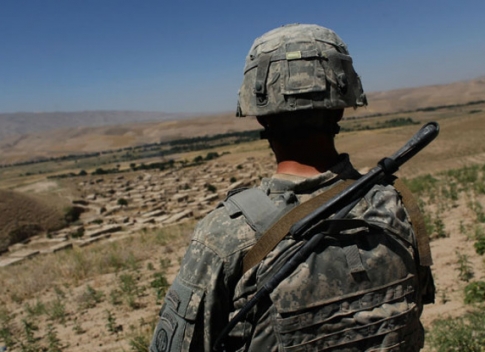 It jars the mind: immigrants who put their lives on the line, served in wars from Korea to Kosovo, and are being rewarded for their service by being deported from the United States. How can it be? And yet, many are.

The AP’s Juliana Barbassa reports that an estimated 4,000 immigrant veterans are facing deportation or have already been deported because of criminal convictions. Barbassa profiles Rohan Coombs, a 43-year-old Jamaican-born U.S. Marine who fell on hard times after he came back from serving in the Persian Gulf in the first Iraq war. Coombs was convicted of selling pot to an undercover cop in 2008, when he was working as a bouncer outside a club. He’s facing deportation now to a country he left when he was a child.

“If I had died,” Coombs tells Barbassa, “they would have made me a citizen, given me a military funeral, and given the flag to my mom. But I didn’t die. Here I am. I just want another chance.”

Barbassa reports that around 8,000 legal residents enlist in the military every year, and currently there are almost 17,000 people who are not citizens on active duty. Undocumented immigrants are barred from serving in the military.

A set of laws passed by Congress in 1996 made immigrants convicted of a class of so-called “aggravated felonies”—any crime where the possible jail sentence was two years—deportable. Under this new designation, “aggravated felonies” for immigration purposes could be crimes that are not actually felonies in criminal law. For the majority of people, the law was crystal clear: no judicial discretion, no second chances. Even if they arrived in the country as kids and don’t speak the language of the country they’re being sent to. Even if they had since rebuilt their lives and gotten themselves back on track. Even if they are U.S. military.