Home Opinion The Serengeti under threat 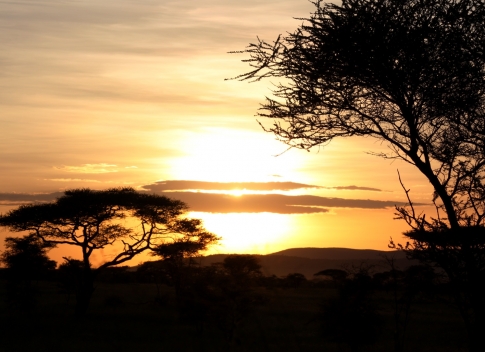 The name Serengeti is a corruption by English and Swahili of the Maasai word Siringet. Siringet means a vast land that runs forever. Our modern understanding of Serengeti is that it is a straight and elongated grassland ecosystem, which is interspersed with wooded savanna and shrublands.

In 1959, German bush pilot and filmmaker Alan Root made a film about the wildlife of Serengeti called “Serengeti Shall Not Die”. The film made an attempt to unravel the complex interrelationships between the predators and the prey that inhabit this wonderful ecosystem.

The Serengeti ecosystem is an awesome, natural laboratory that scientists over time have studied to try and understand the concept of predator-prey relationships. In 2007 this ecosystem was proposed for consideration as one of the wonders of the world. The ecosystem, together with the adjoining Maasai Mara Game Reserve in Kenya, is undisputedly the largest habitat for myriad fauna in Sub-Saharan Africa. It is home to Africa’s “Big Five”- the lion, elephant, rhino, buffalo and the leopard. A majority of the inhabitants of this ecosystem are the wildebeest, zebra and Thomson’s gazelle.

Every year, during the months of September and October millions of grazers, together with the predators and scavengers (mainly vultures circling above) migrate across the Mara River. The predators stalk the grazers to prey on the weak and the newborn. The vultures clean up the leftovers from the predators’ kill. The Mara River, across which the migrants cross, is heavily infested by the giant ferocious Nile Crocodiles. This is a great death trap for the animals during this period and a great feast for the crocodiles.

Over the last three to four years, a dark cloud has appeared over this critical ecosystem – a new issue that is threatening its sustainability and indeed its very existence. All the signs show that the potential for a threat to the sustainable functioning of the Serengeti Ecosystem is real and high.

During the just concluded Tanzania’s national election campaigns, the Chama Cha Mapinduzi (CCM) Presidential Candidate Jakaya Mrisho Kikwete, who ultimately won the elections, made several promises to the electorate, as is usually expected of politicians. One of these promises that caught the attention of national and international environmental and conservation agencies is one on the construction of a trans-Serengeti Highway. The highway is expected to link the town of Arusha to the South and the two towns on the shores of Lake Victoria, Mwanza and Musoma. The highway, if build through the ecosystem, is likely to introduce a stream of traffic through traveling game, particularly the two million plus wildebeests, gazelle and other grazers during the migration period. It will be tragic, to say the least.

This promise immediately put the CCM candidate on a collision course with national and regional tourism operators. One of the national operators stated with rage “if anything happens to Serengeti, then we are finished”. In response to this, one of the President’s spokesmen Mr. Salvator Rweyemamu, stated, “the decision has been made. If this government comes back into power – and we will – the road will be built”. Mr. Rweyemamu further stated that Tanzania had done more to protect wildlife than most countries. He added with clear frustration at critics that “you guys always talk about animals, but we need to think about people”. The President’s spokesman seemed unaware of the fact that hundreds of thousands of Tanzanians depend on tourism for their livelihood. Serengeti is like a cash cow for Tanzania, attracting more than 100,000 visitors each year, generating millions of foreign currency in park fees, thus helping to propel Tanzania’s multi million-dollar safari business.

Many environmentalists and conservation stakeholders, including academics, are wary of what could happen next: poachers will access the park with ease, kill rare animals like rhinoceros; invasive plant species will be introduced into the park; animal migration will be disrupted and even blocked; animals will be frequently knocked down by over speeding vehicles and the entire ecosystem will be irreversibly degraded, thus setting in motion the death of the Serengeti ecosystem.

To avert the death of the Serengeti, researchers, practitioners (private sector), the academia and the Civil Society Organizations (CSOs) need to continue to engage the government of Tanzania with a view to convincing it to rescind its decision to bisect the Serengeti ecosystem. One avenue that these stakeholders can pursue is to provide technical support in Strategic Environmental Impact Assessment (SEIA) reporting on the impact of the planned highway on the Serengeti ecosystem. They could assist in providing situation analyses, which hopefully will feed information into influencing the decision-making process of the government of Tanzania on enlightened environmental management.

These kinds of engagement are expected to be a step in the right direction and should be seen as a modest beginning to a larger more professional and more effective and useful undertaking in addressing the many challenges of sustainable conservation of the Serengeti ecosystem.

Editor’s note: Views expressed are those of the author and are independent of his employer, Institute for Security Studies (ISS).

Wilson Kipkore is Program Head at the Nairobi office of the Institute for Security Studies, a think tank based in Pretoria, South Africa with offices in Cape Town, Nairobi and Addis Ababa.