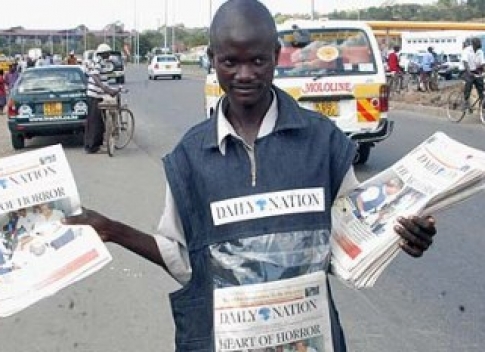 Media owners from across the African continent have vowed to end reliance on donor funding and rid the industry of corrupt practices.

“This is a watershed moment that holds out the promise of a new dawn in African media,” said Trevor Ncube, co-chairman of the African Media Initiative, a continent-wide body that sponsors the African Media Leaders Forum.

The three year old Forum brought together more than 225 African media owners from 48 African countries, as well as international media experts. The purpose of the meeting was aimed at coming to a consensus around the best ways to develop an African media that meets the needs of a dramatically changing media landscape, while instilling the highest professional standards and ethical reporting.

Attending the meeting were representatives from African financial institutions that pledged to assist in transforming media institutions into both viable businesses and effective purveyors of credible news and information.

“News businesses across the world are facing fundamental shifts due to changes in content, demographic profiles, and technology” said Amadou Mahtar Ba, ChiefExecutive Officer of AMI. “By bringing African media owners together, the AMLF hopes to raise the profile of issues central to development of African media , as well as African democracy.”

“We are delighted to welcome African media leaders to Cameroon for the first time,” said Colin Mukete. “African media are playing an important role in democratic development, a contribution that needs to be nurtured and nourished with ideas, financing, and best practice.”

The AMLF is the single-largest annual gathering of African media owners meeting to discuss issues concerning media development and financing in Africa. The Yaoundé meeting featured a mix of plenary and technical break-out sessions.

“Media can help accelerate Africa’s economic and social advance,” said Hunter-Gault, an award winning journalist based in South Africa. “This meeting comes at a time when Africa is experiencing sustained economic growth in many sub-Saharan African countries. Africa needs a strong media to record these changes and to help its people understand and be a part of what could finally result in an African Renaissance.

Eric Chinje, a World Bank Media Development specialist and a member of the AMI Board, said he was happy to see the Forum meeting in his native Cameroon. “By convening the Yaoundé Forum in Africa’s heartland, we want to send a strong message that media matters for African development. The AMLF is a credible, professional association that is committed to bringing about transformational change in African media.”

Among those also in attendance were representatives from The Bill and Melinda Gates Foundation, early supporters of AMI and this first initiative, Omydiar Network, the African Development Bank , Norwegian Development Agency, the African Union , the International Center for Journalist, the Coca Cola Company, the Spectrum Media Group.

The African Media Initiative Headquarters is in Nairobi, Kenya.