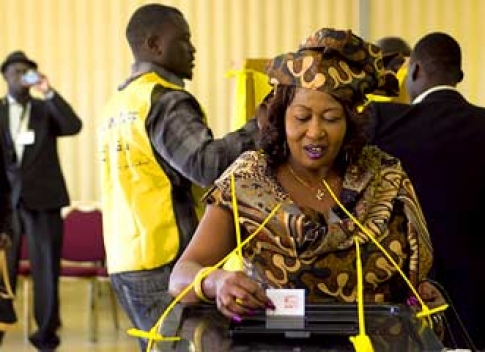 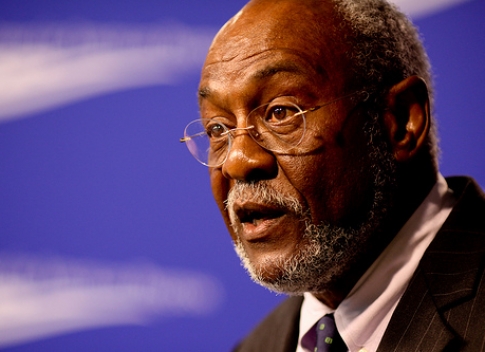 The January 9 referendum in which the people of southern Sudan will vote on whether to make their region an independent nation will be a “historic occasion,” most importantly for the people of Sudan, but for all Africans as well. If the election is transparent, fair and successful, it will reflect the will of the people no matter which path they choose, U.S. Assistant Secretary of State for African Affairs Johnnie Carson told reporters.

Briefing the press at the State Department January 5, Carson said the occasion will be historic because “for the first time in their lives” the people of southern Sudan will “make a decision on whether they will secede from Sudan and become an independent state or become a part of a united Sudan.”

Carson termed the referendum vote “the beginning of the end of a culmination of five-and-a-half-years of a Comprehensive Peace Agreement that was negotiated and signed in Naivasha, Kenya, in January 2005. Although the effort was led by Intergovernmental Authority on Development states under the leadership of Kenya,” Carson told reporters, “the United States, Great Britain and Norway were participants and partners in the effort leading to where we are today.”

“We believe that this event beginning on January 9 will in fact go off successfully, that the organization and the diplomatic efforts that have been put into this will lead to a successful referendum. We think that it will reflect the will of the people and that it will occur on time, peacefully and in a well organized manner,” Carson said.

Carson said both the United States and the international community were “extraordinarily pleased” by the January 4 visit to the southern Sudan city of Juba by Sudanese President Omar al-Bashir, who stated publicly that the North is prepared to accept the outcome of the referendum and will seek to have a peaceful and beneficial relationship with the people of the South regardless of how they vote.

“We hope the North and the [ruling] National Congress Party will live up to those very promising statements that have been made by the leadership of the North, and that we are about to see the end of what has been a really enormously successful diplomatic effort to end what has been 20 years of violence and conflict between the North and the South.”

Carson told reporters the United States government has worked “extraordinarily hard and tirelessly to get us where we are today” and “invested a great deal of diplomacy to ensure that the outcome of this referendum is peaceful and successful. We have engaged both North and South Sudanese leaders. We have engaged the European community and the international community and have worked hard at the Security Council to make this happen.”

Certainly over the past nine months, he said, the United States has “substantially augmented” its presence and diplomatic activities in southern Sudan and quadrupled the staff of American diplomats in Juba and across the South to help the referendum succeed.

Carson said it is the desire of the United States to see the referendum move forward. If the people of southern Sudan vote for independence, he said, “we will also as a country help that new nation to succeed, to get on its feet and to move forward successfully, economically and politically. But it is an historic decision for the people of south Sudan. It is their decision to make.”

Carson was joined at the briefing by Tim Shortley, the senior representative for Sudan at the U.S. State Department, who serves as the deputy to U.S. Special Envoy for Sudan Scott Gration, and by Larry Garber, the deputy assistant administrator for Africa at the U.S. Agency for International Development (USAID).

Shortley told reporters the current environment in Sudan is “very conducive to a positive outcome of the referendum.” He credited the creation of that environment, in part, to President al-Bashir’s January 4 visit to southern Sudan and the discussions he had with Sudan First Vice President Salva Kiir and others on the outcome of the peoples’ vote. Shortley reiterated Carson’s point that it has been an “extraordinary effort” to get to the point where both parties have agreed to hold the referendum and respect the outcome of the vote.

Following the weeklong referendum vote, which concludes January 15, Shortley said Carson will lead a U.S. delegation to the African Union summit where the outcome of the referendum will be discussed.

The U.S. team on the ground during the referendum vote, Shortley said, will include Special Envoy Gration; U.S. Senator John Kerry; Ambassador Dane Smith, the newly appointed senior adviser on Darfur; and Ambassador Princeton Lyman, who is the lead negotiator for North-South issues, “so we are very well positioned to monitor the vote and to see a successful outcome.”

Larry Garber of USAID told reporters that the smooth logistical preparations for the referendum stand as a significant achievement for both the Sudanese and for U.S. development and diplomatic efforts. Garber stressed that the referendum process is a Sudanese process and is managed by the Southern Sudan Referendum Commission (SSRC) based in Khartoum, which has received substantial assistance from the United States and the international donor community.

The balloting will begin January 9 and run through January 15, at which time ballots will be counted at the various regional sites. The SSRC has issued a timeline, Garber said, indicating the official results will be reported in mid-February but speculating that unofficial results might be available “quite a bit sooner.”

The vote will be “yes” or “no,” will be a seven-day process, and must clear a threshold that 60 percent of registered voters cast their vote for the referendum to be deemed valid, he said.