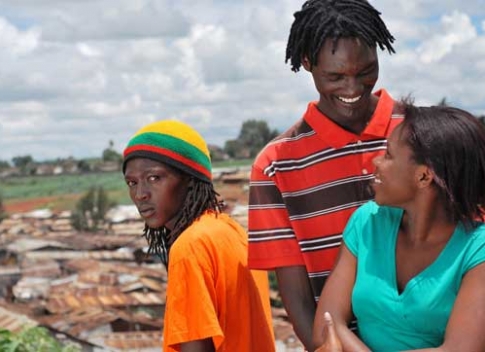 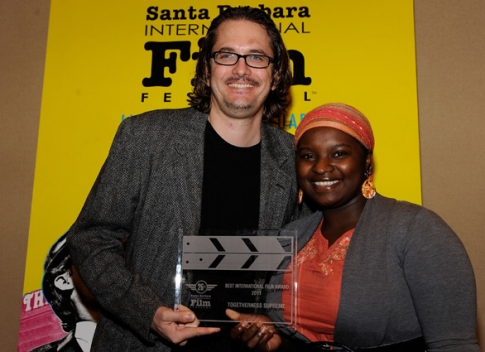 Producer Mercy Murugi and Director Nathan Collett were present to receive the award.

Commenting on this years festival programme, the SBIFF Executive Director Roger Durling said, “This year in particular, I have been incredibly impressed by our film lineup. Each of the films possessed their own unique quality, creating one of the most diverse and interesting programs yet.”

“The response from the audience who came for the screening was overwhelming. We held over half an hour long Q&As after the screening, with the audience asking very insightful questions. They wanted to know more about Kibera, about the work that we do with the youth and the community, about Kenya and the issue of tribalism.” Says Mercy. “We had a total of three screenings. The first two were almost full house, but we did not attend the last screening.”

There were films from Italy, France, Belgium, Uganda, and UK – some that had screened in Venice, Cannes, Toronto and other famous festivals,” said Nathan.

The film is about Kama, a talented young artist living in Kiberia, Kenya, who is recruited by his friend Otieno to support a potential presidential candidate in the midst of a heated political race. In order to join, Kama must put aside the wishes of his father and turn away from the people of his village in order to achieve change after years of living in poor conditions. Things get even more complicated when a young woman enters the picture, causing friction between Kama and Otieno. Kama’s beliefs, heart and loyalty are put to the test in a city with rising tempers while the possibility of a major political upheaval is drawing near.

“We honestly had not expected the award”, adds Mercy. “We went to the screening of various films which had full theaters. There was even a list of 41 films to watch, and our film was not one of them. Even First Grader, a feature film shot in Kenya soon after we shot ours, was in that list.”