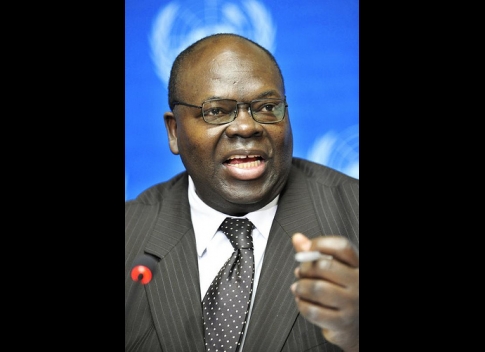 The clear separation of powers between the executive, legislative and judicial branches in Tunisia after the ouster of its long-time ruler is vital for the North African country’s future, with human rights and dignity at its core, a United Nations mission reported today.

“We witnessed the beginning of a remarkable new era in Tunisia,” four top experts from the UN Office of the High Commissioner for Human Rights (OHCHR) said in a report on their week-long mission that ended earlier this month. “There are clear indications of a willingness to put in place the necessary mechanisms to ensure a clear break with past injustices and to elaborate a vision for the new Tunisia.

“Moves in this direction need to be reinforced and enshrined in law to ensure they become a permanent feature of Tunisian society,” they added, stressing the need for a fully participatory political system, freedom of speech, an end to impunity for abuses, and a bridging of the gulf between rich and poor, including in jobs, health care and education, for which technical, political and financial support from the international community is needed.

The experts, who were dispatched by High Commissioner Navi Pillay after president Zine El Abidine Ben Ali fled the country amid mass protests over rising prices of essential commodities, lack of jobs, corruption and curbs on fundamental rights, highlighted “the denial of dignity” as the key phrase that they heard throughout their visit as the underlying cause of the uprising.

“At the core of restoring that dignity will be redefining the relationship between the state and its people,” they said. “The relationship must now be built on the rule of law and respect for human rights and it must place the state at the service of all its people. The quest for dignity, the attainment of human rights, and the pursuit of justice are all interlinked.”

The Tunisian authorities have asked OHCHR to set up an office in the country to support the transformation, and an advance team will soon be on the ground to ensure that human rights remain at the core of the transitional phase.

“During our mission, we heard loud and clear the desire for human rights to remain at the foundation of Tunisia’s rebirth,” the team noted. “We are at a critical juncture and we have got to keep the momentum going. The work has only just begun.”

In their recommendations, the experts highlighted 10 areas that “require the attention of national and international actors,” including the establishment of governing structures and decision-making processes that are fully representative of the whole political spectrum and all segments of society, including youth and women.

Other fields include ensuring that all institutions are in line with international human rights standards; guaranteeing freedom of expression and association; accountability for all human rights violations with immediate judicial investigations into all credible allegations; and immediate steps to redress disparities in living standards and access to quality health care, education, jobs and social support for women, children, youth and marginalized communities.