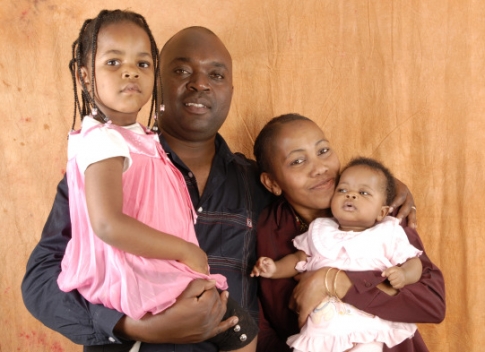 The number of middle class Africans has tripled over the last 30 years to 313 million people, or more than 34% of the continent’s population, according to a new report from the African Development Bank (AfDB). The reasons for the increase in size and purchasing power of the African middle class include strong economic growth, and a move towards a stable, salaried job culture and away from traditional agricultural activities.

The report ‘The Middle of the Pyramid: Dynamics of the Middle Class in Africa’, however, warns that despite this phenomenon income inequality in Africa remains very high, and that the overall middle class figure includes large numbers of a ‘floating class’ whose hold on status is insecure.

The report defines middle class largely in terms of higher income relative to the average. That average is of course lower in Africa than in the west. The report notes: “the middle class is usually defined as individuals with annual income exceeding USD3,900 in purchasing power parity terms’.

However, the report acknowledges that other factors come into play when defining who is middle class, saying: ‘other variables such as education, professions, aspirations, and lifestyle are also important features that help establish who is in the middle class’.

Other determining factors include the establishment of stable, secure, well-paid jobs, and higher levels of tertiary education.

Geographically, middle class levels vary a great deal across African countries. North Africa has the highest. Tunisia has the highest concentration at almost 90%, followed by Morocco at almost 85% and Egypt with almost 80%. But a significant number of these belong to the ‘floating’ category with a strong danger of falling into poverty due to economic shocks.

Other countries with high percentages of the middle class include Gabon, Botswana, Namibia, Ghana, Cape Verde, Kenya and South Africa. Countries at the bottom end include Mozambique, Madagascar, Malawi, Rwanda, Burundi and Liberia.

The report maintains the growth in the middle class is good news for the future prosperity of Africa, but also points out the continued high levels of income inequality on the continent. The continent has a extremely rich elite: ‘About 100,000 Africans had a net worth of USD800 billion in 2008, or about 60% of Africa’s GDP or 80% of sub-Saharan Africa’s’.