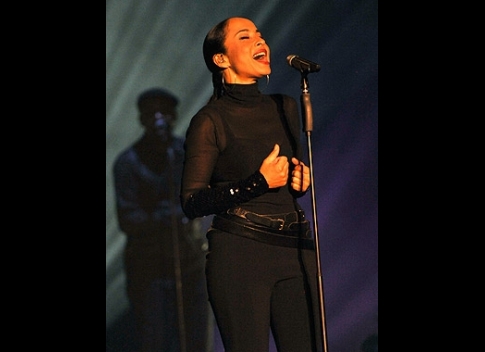 Britney Spears wasn’t the only one kicking off a tour Thursday night (June 16).

Sade, the woman and the band, returned to the U.S. for their first shows in more than a decade to downright ecstatic reviews.

The two-hour, Sophie Muller-directed concert at Baltimore’s 1st Mariner Arena, site of where Rihanna launched her U.S. tour only a few days before, is a visual stunner, according to reviewers.

Rolling Stone’s Evan Serpick felt time had stood still for the British-Nigerian singer, who first appeared on stage in her trademark ponytail and black turtleneck: “And that luxurious, smoky voice – the one that earned Sade (the singer) a reputation as an aural aphrodisiac, the female counterpart to Barry White – is as glorious as ever…The set continued to jump around among the band’s six albums, maintaining a flow that highlighted their well-honed formula of diverse, syncopated percussion, jazzy instrumentation and hard-hitting, passionate lyrics, all held together by that one-in-a-million voice.

USA Today’s Korina Lopez said, “These days, pop stars strutting the stage in barely-there thongs and doing crotch-grabbing routines are common,” wrote Korina Lopez. “So it was refreshing to see a beautiful woman with a beautiful voice just simply singing.”

The Baltimore Sun’s Erik Maza called it “the best concert of the year…Rihanna’s was good, but it was amateur hour in comparison. U2’s will be bigger, but it will not exceed the sheer transcendence of the Sade live experience….The singer, however, did not coast on the adulation of a crowd that would have swooned even if she’d sung Creed covers. Her two-hour show was a success because, after all the flashy, gimmicky shows pop stars have been staging this past year, this was a palette cleanser.”

The outing, which supports last year’s “Soldier of Love” album, lasts until mid-September and includes three nights at Los Angeles’ Staples Center. Someone was clearly missed.

Your Love Is King

Is It A Crime?

Still In Love With You

All About Our Love

Nothing Can Come Between Us

The Moon And The Sky