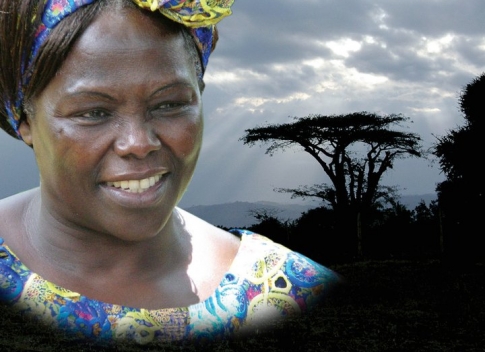 Kenyan media attributed the source as the Greenbelt Movement organization of which she founded in 1977.

The Greenbelt Movement said in a statement that her death was a great loss for those who knew and admired her  “determination to make the world a more peaceful, healthier, and better place.”

She became chair of the Department of Veterinary Anatomy and an associate professor in 1976 and 1977 respectively. In both cases, she was the first woman to attain those positions in the region. Wangari Maathai was active in the National Council of Women of Kenya in 1976-87 and was its chairman in 1981-87.

It was while she served in the National Council of Women that she introduced the idea of planting trees with the people in 1976 and continued to develop it into a broad-based, grassroots organization whose main focus is the planting of trees with women groups in order to conserve the environment and improve their quality of life.

Professor Maathai, as she was fondly referred to by friends and admirers, is survived by her three children Waweru, Wanjira, and Muta and a granddaughter, Ruth Wangari.

Testimonials are being accepted at her Facebook page while funeral arrangements will be announced soon, according to the Greenbelt Movement.